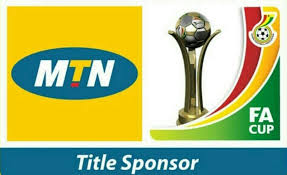 The Grand Draw for this year’s MTN FA Cup Round of 64 will be held on Wednesday, March 16, 2016 at 9:30am.
The draw involving 16 Premier League clubs, 24 qualified clubs from the Division One League and 24 clubs from the Division Two League will be held at the exquisite new headquarters of the tournament title sponsor, MTN House.
This is the sixth year of MTN’s sponsorship of the FA Cup competition since its reintroduction in the 2010/2011 football season.
The Ghana Football Association’s partnership with MTN has produced winners like Nania FC in 2010/11, New Edubiase in 2011/12, Medeama SC in 2012/13, Asante Kotoko in 2013/14 and Medeama SC in 2014/2015.
We wait to see if Medeama SC can successfully defend the MTN FA Cup or the tournament will live to its tagline “Obiaa nye Obiaaaa” due to its unpredictability and the giant killing nature.
Credit:GHANA FA COMMUNICATIONS DEPARTMENT