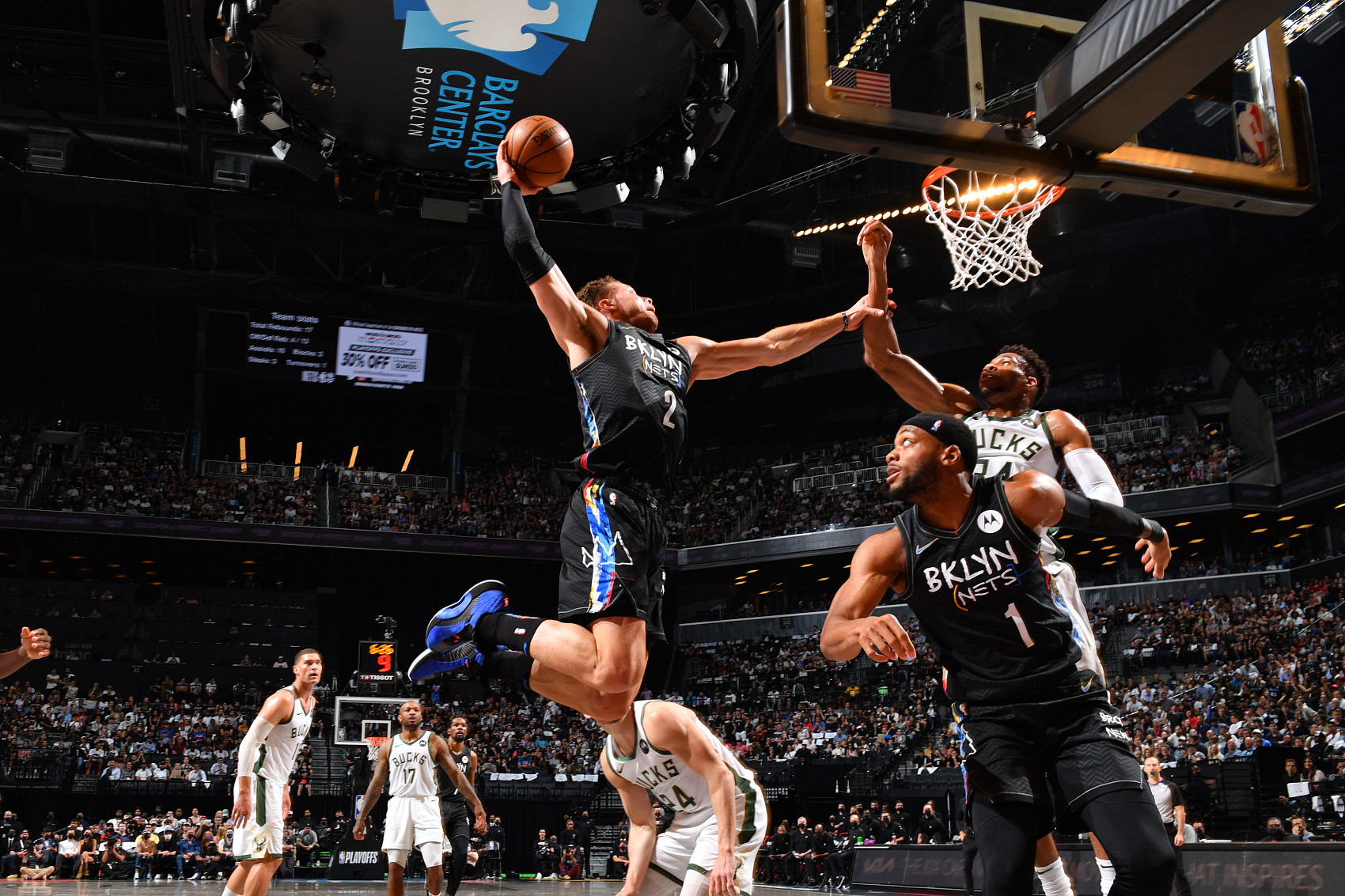 An offensive clinic. A defensive shutdown. As fine a game as the Brooklyn Nets have played this season.

The Nets are up 2-0 on the Milwaukee Bucks in their Eastern Conference semifinal after an absolute wipeout at Barclays Center on Monday night, a wire-to-wire 125-86 win in which they led by as many as 49 points early in the fourth quarter.

It was headed in that direction from the start. The Nets jumped out to a 17-point lead at the end of the first quarter and stretched that to 27 before they got to halftime. It was a stunningly one-sided win, with the Nets setting a franchise playoff record for margin of victory against a championship contender led by the two-time defending MVP.

“I think we were capable of greatness every single night,” said Kyrie Irving. “Just depends on the approach we have coming in. Throughout the regular season I feel like we would let our guard down playing against some of the teams in our league and they would punch us in the mouth and we would come in and talk to you guys after the game about what happened. I think we just figured out the little things in terms of how to create separation within the game and just remain resilient throughout. That’s basically what it’s come to. It’s just remaining resilient no matter what’s going on and sticking to our preparation, our game plan.”

“I think we’ve just tried to preach philosophy,” said Nets head coach Steve Nash. “We have our sets, we have our actions, but really more than anything, try to preach a way of playing, and that is to make quick decisions, move the ball space, the floor, play off one another in an intelligent way. And just, I think the cohesion and feel for one another’s grown. I think we understand the way or are increasingly understanding the way that different lineups need to play with one another. And trying to be as philosophical in our approach as much as anything, rather than being too scripted. And so they’ve grown into that. I think that right now you’re seeing it’s just starting to find that cohesion, no matter who’s on the floor.”

On the other end, the Nets again limited the Bucks from 3-point range, this time to 29.6 percent shooting after a similar performance in Game 1. The one thing the Nets hadn’t been able to do through four games this season was slow Giannis Antetokounmpo, but this time he was held to just 18 points. The Nets held the Bucks to just 19 points in the first quarter on 36.4 percent shooting and it was never a game after that.

“The guys have worked hard out of this year trying to find our best kind of level defensively, what works for us, how we can refine and improve it,” said Nash. “Tonight was exceptional. But our defense has been pretty solid throughout the playoffs. So it’s something that we’re proud of but we’ve got to always feel like underdogs down there and play with that heart and connectivity to do everything we can to overcome some of the disadvantages we have in size and, and whatnot. So great efforts tonight. We’re growing, we’re improving at that end of the floor, it’s important for us to continue to feel the need for growth down there.”

Brooklyn was up 17-13 midway through the first quarter, then outscored Milwaukee 19-6 through the rest of the quarter to build a 17-point lead. Irving’s jumper was followed by 3-pointers from Harris and Landry Shamet, then Irving stopped on a dime in transition for a long two and a 12-point lead. Durant closed the quarter ducking in for a short jumper followed by a top-of-the-key 3-pointer to put the Nets up 36-19.

A Harris drive and Brown floater to open the second quarter pushed the Brooklyn lead beyond 20 points. With a 52-33 lead in hand, the Nets got a drive from James, a Durant 3-pointer and then a James 3-pointer for a 60-33 lead — the 27-point margin was their largest of the half — and went into halftime up 65-41.

By the end of the third quarter, the lead was 30.

Early threes in the second half — two by Harris, one by Irving — extended the Brooklyn lead to 74-46. The Nets were up 85-64 when Durant’s score was followed by back-to-back 3-pointers from Shamet. Durant closed the quarter with a drive down the lane, flipping the ball in over his shoulder for a 95-65 lead.

“Whether you win by two or you win by 25 it’s just one game,” said Nash. “We held home court. We performed well in the two games. For our group, we want to keep growing, keep getting better. We’re still very new to one another and so there’s a lot of things that we can continue to refine and improve and we’ll go and try to keep improving in Milwaukee.”