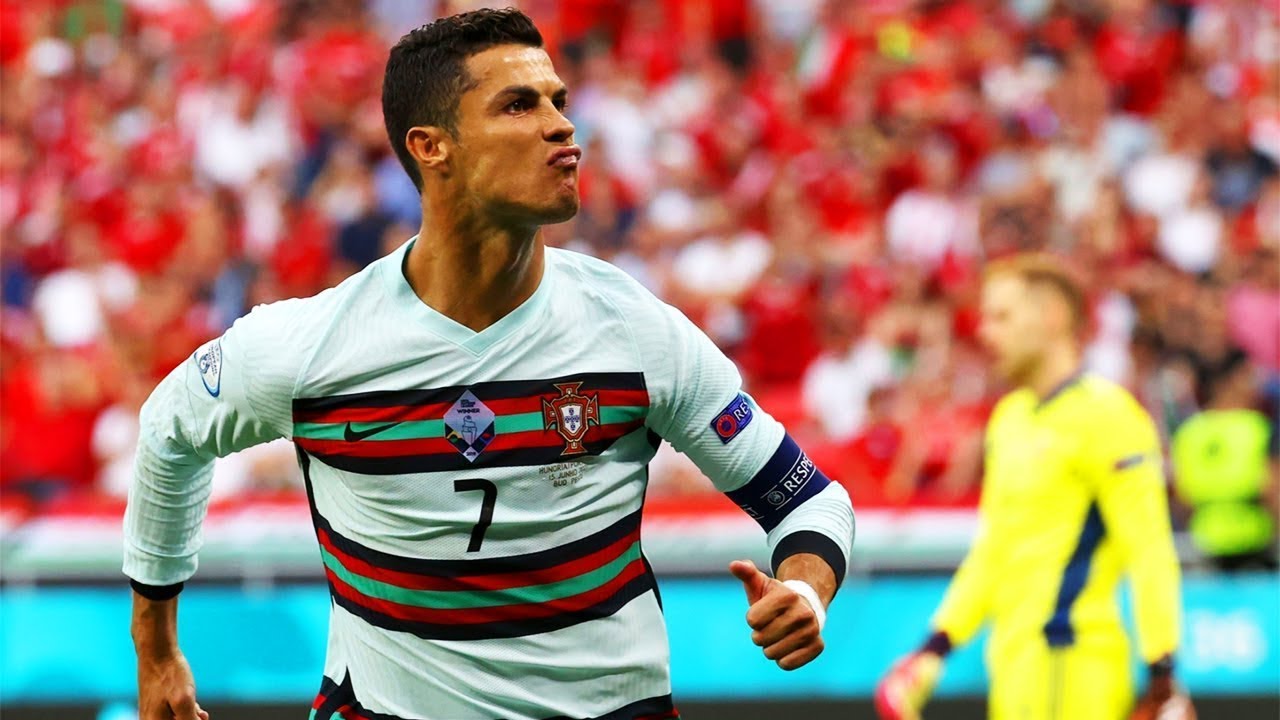 Cristiano Ronaldo became the greatest goalscorer in the history of the European Championship finals after netting a brace in Portugal’s 3-0 win against Hungary on Tuesday.

The 36-year-old had been level with Michel Platini on nine goals ahead of Euro 2020 but overtook the France great after scoring a penalty in the 87th minute. He then added another goal in stoppage time as he bagged his 106th international goal.

All three of Portugal’s goals came in an eight-minute blitz late on, with Raphaël Guerreiro’s deflected shot breaking the deadlock in the 84th minute.

The Portuguese superstar, who had been quiet for much of the game, also became the first man to play in five European Championship finals, having made his debut back in 2004.”The important thing was to win. It was a difficult game, against an opponent who defended very well, but we scored three goals and I am very grateful to the team for helping me to score two goals,” Ronaldo said after the game.

The sight of football supporters packed to the rafters in a stadium has been a scarcity since the pandemic began but the game in Budapest, Hungary, was played in front of 55,662 fans at the Puskas Arena.

Those in attendance had to meet specific requirements before entering the stadium, with Hungarian residents needing evidence of immunity and international fans requiring a negative Covid-19 test or proof of full vaccination.

The Hungarian capital is the only venue in this year’s tournament to be allowed a full stadium after local authorities relaxed social distancing measures in favor of the entry requirements.

According to the World Health Organization, Hungary recorded 782 confirmed cases of Covid-19 last week, with 50 deaths.

Hungarian Prime Minister Viktor Orban was at the Puskas Arena and the passionate home support roared on their team as Hungary frustrated Portugal for much of the match.

Hungary’s fans even had a goal to celebrate, albeit temporarily. Szabolcs Schon looked to have caused a massive upset by sweeping home after a brilliant counterattack but he was correctly adjudged to have been offside.

The disallowed goal seemed to spark Portugal into action and the reigning champion finally got the breakthrough it deserved for a dominant performance.

Once again, it probably had Ronaldo to thank for it with the Portuguese forward now just four goals away from setting the all-time men’s international top goalscorer record, which is held by Iranian Ali Daei.

Ronaldo emphatically converted the penalty to double his side’s lead and then finished off a wonderful team move to double his own tally.It felt like a must-win match for Portugal with World Cup winners France and Germany also sharing its group.