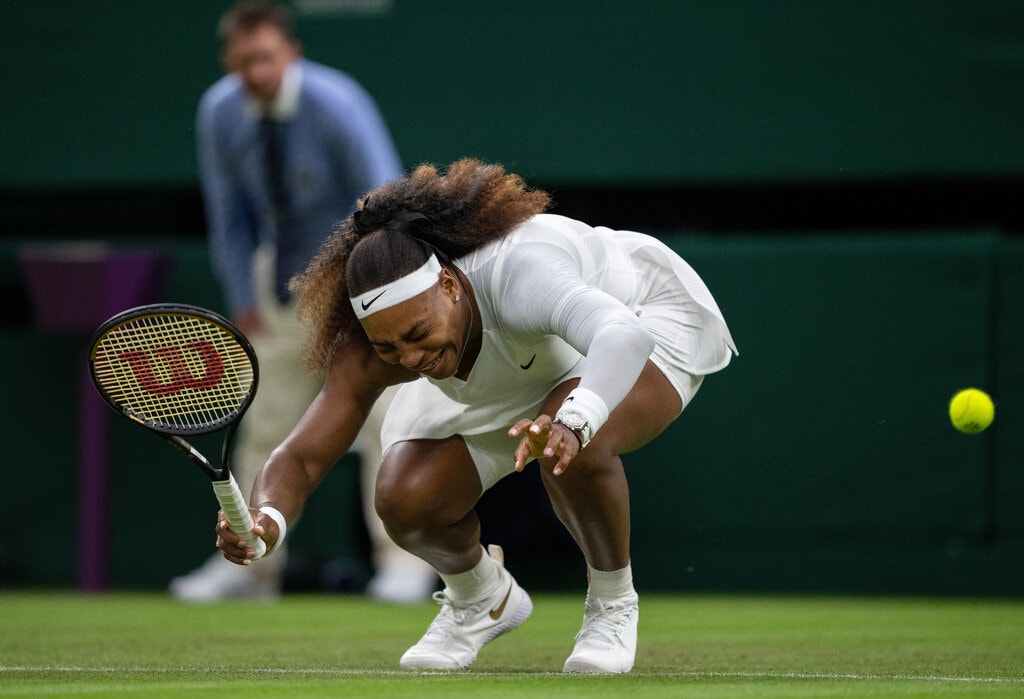 Serena Williams’ bid for a record-equalling 24th Grand Slam singles crown ended in tears at Wimbledon as an ankle injury forced her out of her first-round match with Aliaksandra Sasnovich.

The 39-year-old, who has seven Wimbledon singles titles on her glittering CV, had broken to lead 3-1 against her Belarusian opponent when she turned her left ankle badly.

When world No 100 Sasnovich broke straight back, Williams – her right thigh already heavily strapped – was forced to leave the court for a medical time-out and, while the American made her way back onto Centre Court in an attempt to compete, the tears were in evidence as she could barely move.

Sasnovich levelled the match at 3-3, but another slip from Williams left her laying on the ground and, amid gasps from the crowd, she was helped to her feet by the chair umpire and the retirement was confirmed.

Williams’ injury-hit exit followed that of Adrian Mannarino, who was forced off court after a knee injury during his match against Roger Federer.

Williams has been on 23 Grand Slam titles since the 2017 Australian Open – but her last two visits to Wimbledon have yielded finals.

Having lost to Simona Halep in 2019 and Angelique Kerber in 2018, sixth seed Williams arrived with ambition of finally levelling Margaret Court’s supreme tally, but she was left disraught and released a statement via her Instagram feed.

“I was heartbroken to have to withdraw today after injuring my right leg,” said Williams.