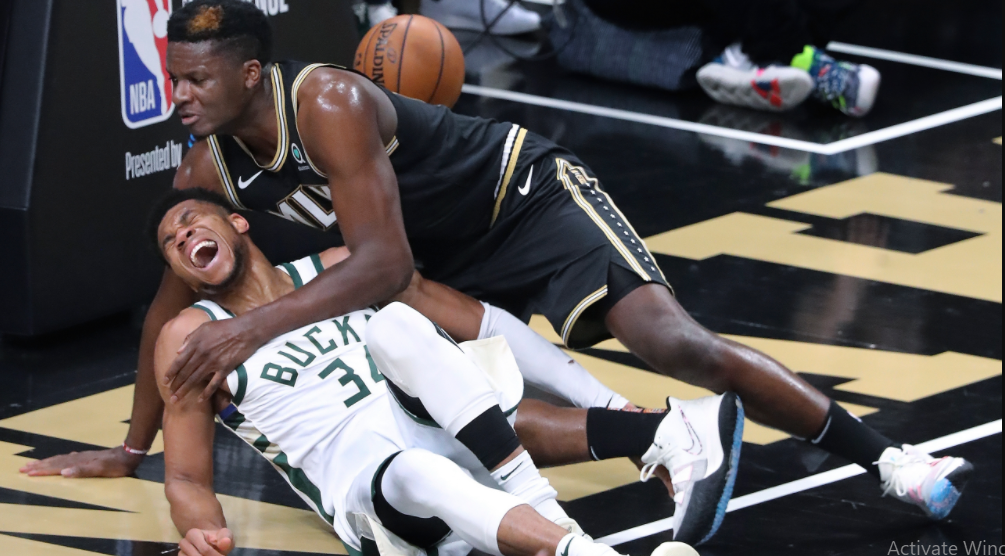 The Hawks bounced back from a Game 3 blowout by routing the Bucks to tie the series, winning 110-88 inside a rowdy State Farm Arena without their star guard.

Trae Young was ruled out ahead of Game 4, granting Lou Williams the start as he stepped up huge for the Hawks. Williams was stellar with a vintage performance, dropping 21 points, eight assists and five rebounds. Bogdan Bogdanović was the second leading scorer in the game, coming in with 20 points and five assists for the night. Bogdanović was more than solid from deep, drilling six 3-pointers for Atlanta. Clint Capela and Kevin Huerter ended the game with 15 points each.

The Hawks found a spark early in the game, allowing them to jump to an early lead against the Bucks and never looked back. In the second quarter, the Hawks jumped to an 11-0 run and stretched their lead to a 19-point lead at the halftime break.

In the third quarter, Bucks’ forward Giannis Antetokounmpo got tangled up with Capela on the way down from grabbing a rebound and landed awkwardly, causing him to leave the game and never returning from the locker room. It was ruled afterwards that the former MVP has hyperextended his knee and will be evaluated.

Atlanta took advantage of Antetokounmpo’s departure from the game, attacking the paint with ease and cashing in around the perimeter, adding pressure to the Bucks’ defense. The Hawks forced Milwaukee into a 2-3 zone at the top of the third quarter which led Atlanta to exposing the Bucks’ offense down the stretch.

The Hawks powered to a 21-point lead, putting the game out of reach for Milwaukee following a long 2-pointer from Cam Reddish and a deep 3-pointer from Kevin Huerter, sending the Bucks back home to prepare for Game 5.

“Just had to stay poise. When I received word that Trae [Young] was out I just had to refocus my energy and get mentally prepared for this game,” Williams said following the win.

The Hawks will now head back to Fiserv Forum in Milwaukee to prepare for Game 5 which is set for Thursday night.