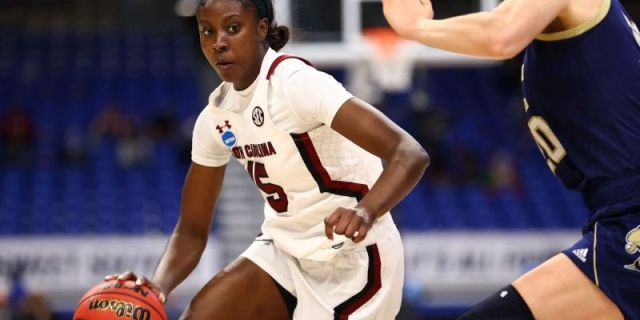 The final list of names was confirmed in the early hours today with the Olympics mere days away; Canada plays its opening game on July 26 against Serbia. The team plays South Korea and Spain to close out the group phase games.

Amihere, who gained international recognition for dunking in a live game at age 15, is one of several players from College programs in the United States of America named in the team.

The 6 foot 4 Forward is heading to her Juniour/ Third year at the University of South Carolina after playing out two seasons with Gamecocks. She averaged 6.8 points and 5.5 rebounds in 18 minutes across 31 games and started just a game in the past campaign.

Competing in Tokyo is Canada’s third appearance at the Olympics in a row.