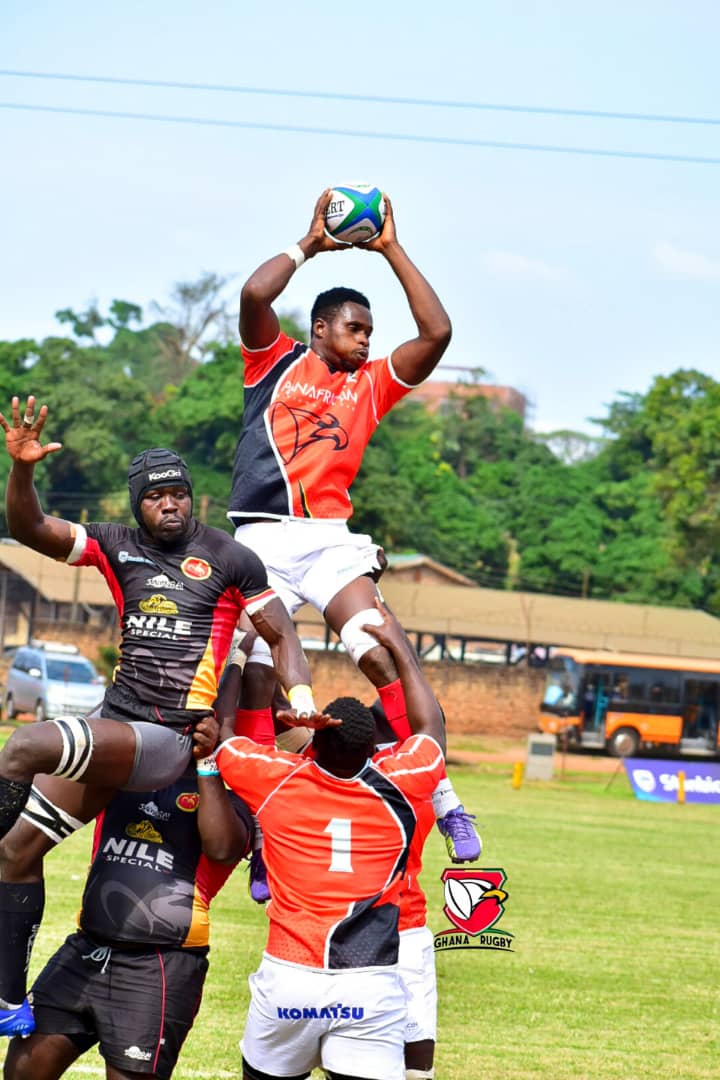 Uganda Rugby Cranes made home advantage count when they defeated Ghana 53-12 in a Group C match of the Rugby Africa Cup played here on Saturday.

Playing without fans at the Kyadondo Rugby ground because of the strict COVID-19 restrictions, Uganda Rugby Cranes started with a lot of aggression to take a 27-12 lead at halftime.

Tries by Faraji Odugo, Solomon Okia, Desire Ayera, Brian Odongo and a penalty conversion by Adrian Kasito were enough to give Uganda the lead.

Ghana, who had star player Yaya Lukman limp off with an injury early in the game, got their two tries through Scott Miles and Josiah Twum Boafa, while Philip Apea Adu was sin-binned for a high tackle.

In the second half, the Ghana Eagles returned to play a defensive approach but failed to contain the home team who added more tries.

“We started strong and managed to hold to our game plan. This is a good start as we build on before facing Algeria in the next game,” said Uganda’s captain Ivan Magomu after the match.

Ghana’s coach Kuzorera Lovemore told Xinhua that they made some mistakes and got punished.

“We played against a good Ugandan team and we must take lessons from here before our next game against Algeria,” added the coach.

The Ghana team will return to face Algeria on July 14 at the same venue before Uganda Rugby Cranes battle Algeria in the last match on July 18.