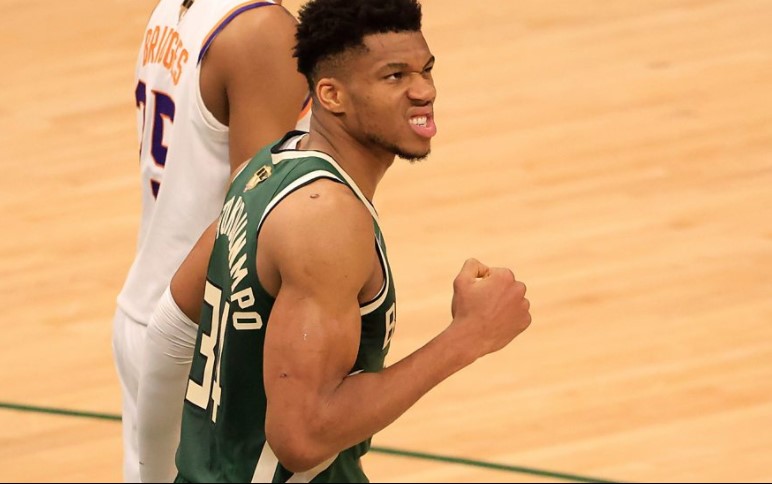 Giannis Antetokounmpo’s 41-point outing saw the Milwaukee Bucks to an important 120-100 win over the Phoenix Suns in Game 3 of the NBA Finals.

With the Bucks trailing 2-0, they needed a response at home at Fiserv Forum and Antetokounmpo helped them deliver.

Antetokounmpo finished with 41 points on 14-of-23 shooting, along with 13 rebounds and six assists.

He was the first player to score 40-plus points in back-to-back NBA Finals games since LeBron James in 2016.

The dominant win halved the Suns’ series lead ahead of Game 4 in Milwaukee on Wednesday.

Milwaukee put together powerful runs to finish the second and third quarters which set up their win.

The 15-point deficit marked the first time in these playoffs the Suns had trailed by more than seven at half-time.

Phoenix were unable to get much going as Chris Paul finished with 19 points, while Devin Booker was three-of-14 from the field for his 10 points.

Cam Johnson had 14 points off the bench for the Suns, including a huge dunk in the third quarter.