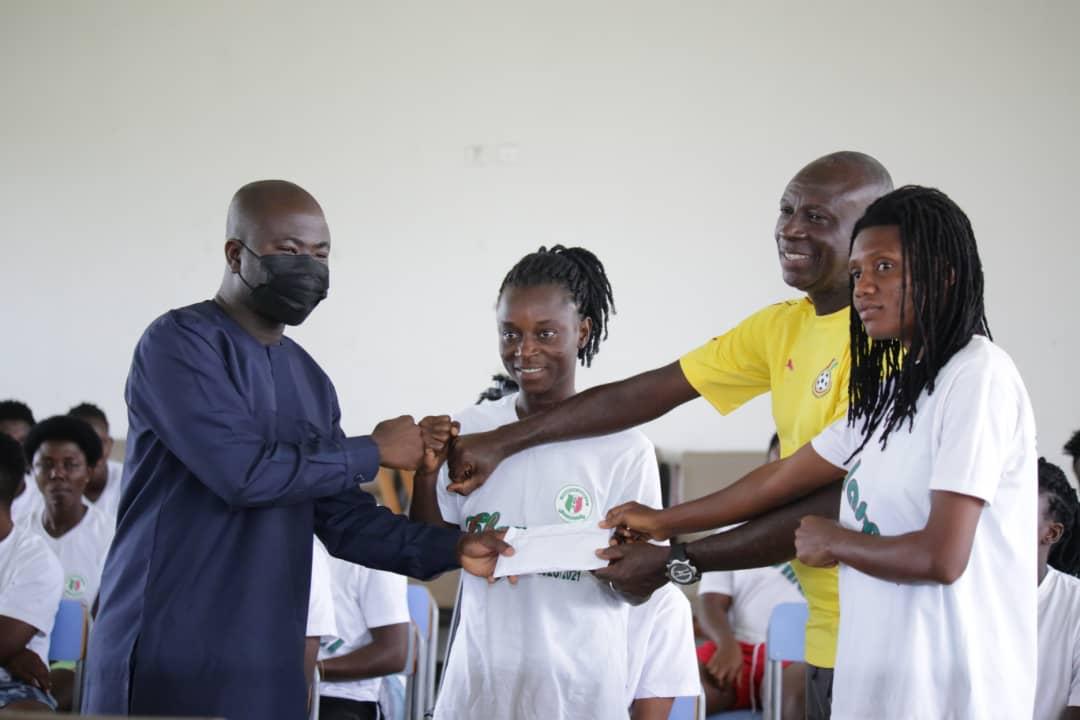 This comes after the Sekondi-based club launched a public appeal for financial support ahead of the qualifiers which begin in Cote D’Ivoire this weekend.

The Vice President has responded to their appeal and this morning presented an amount of $10,000 to the club at their training base in Prampram ahead of their departure on Tuesday, 13th July, 2021.

The money was presented on behalf of the President by his aide, Tamimu Issah.

“On behalf of the Vice President, Dr. Mahamudu Bawumia, I present this amount of $10,000 Dollars to you. It is his response to the public appeal launched by the team for support towards your participation in the first-ever CAF Women’s Champions League,” said the Vice President’s aide.

“His Excellency conveys his special message of goodwill to the entire team and he urges you to go all out and make yourselves and the country proud in Cote D’Ivoire,” Mr. Issah added.

Hasaacas Ladies, have been drawn against Nigeria’s Rivers Angels FC and Niger’s AS Police de Niamey in Group B of the WAFU Zone B qualifying series of the maiden edition of the CAF Women’s Champions League.

The first zonal qualifiers are scheduled to take place between July 17 and 30 in Abidjan, Ivory Coast.