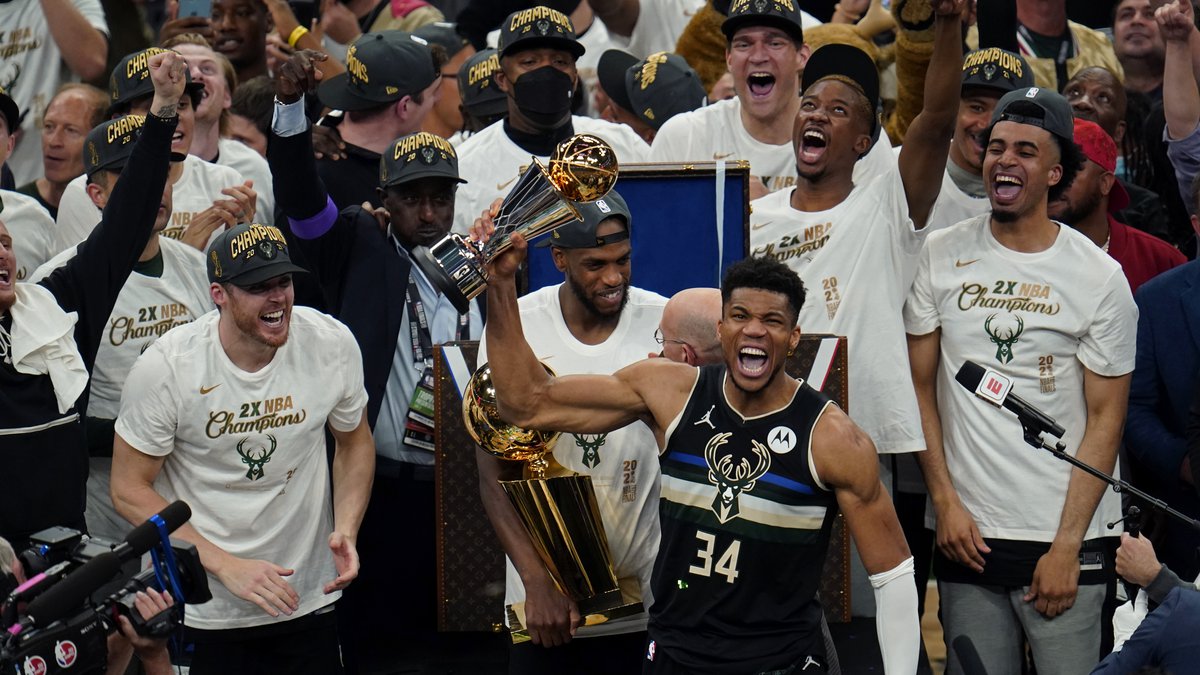 After a 50-year dry spell, the Milwaukee Bucks are NBA champions again.

The Bucks defeated the Phoenix Suns, 105-98, Tuesday in Game 6 of the NBA Finals to win the series, four games to two.

With home-court advantage, the Bucks were led to victory by the scoring and defensive dominance of their young star and two-time league most valuable player, Giannis Antetokounmpo. With 50, he scored nearly half of his team’s points.

Antetokounmpo collected 14 rebounds and five blocked shots. It was the third game of the series with at least 40 points and 10 rebounds for Antetokounmpo, a dominant, debut finals performance that takes its place among some of the game’s greatest.

He shot 16 for 25 from the field and made an unbelievable 17-of-19 free throws — a spectacular performance for any shooter, let alone one who was hitting just 55.6 percent in the postseason and was ridiculed for it at times.

Antetokounmpo was awarded the Bill Russel Finals MVP trophy to chants of “MVP.”

Fiserv Forum was pure madness on a historic night and fans in attendance witnessed an all-time brilliant performance from all-time great Giannis Antetokounmpo from start to finish.

Suns point guard Chris Paul led his team with 13 points but Antetokounmpo led both teams with 17 points while his team shot just 34.9% from the floor.

Antetokounmpo’s onslaught continued in the second half. He scored another 20 points in the third quarter and both teams entered the fourth quarter with 77 points apiece.

Despite his heroics, the Suns went blow for blow with the two-time MVP through the fourth quarter. But whether it was scoring in the paint, flying through the air for a rejection or shocking the world with his 17-for-19 shooting from the free throw line, Antetokounmpo wouldn’t be denied his prize.

He continued his dominance until the final buzzer and the Suns never found an answer. Antetokounmpo finished with 50 points, 14 rebounds and five blocks.

It was his third 40-point performance of these Finals and he became the second player in NBA history with three 40-point 10-rebound performances in his ridiculous title run. He’s only the seventh person in NBA history to score 50 points in an NBA Finals game.

The next leading scorer on the Bucks was Kris Middleton with 17 points. Paul finished with 26 points and Devin Booker had 19 points.

With the historic championship, the Bucks end their 50-year title drought, the fifth-longest in NBA history. The only other time the franchise has won an NBA championship is in 1971. But now that banner will finally has company.