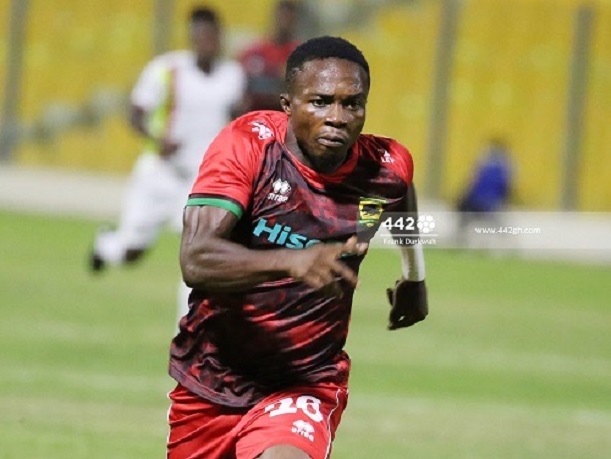 Augustine Okrah’s stay in Kumasi has come to end following the expiration of his contract with Asante Kotoko.

Okrah, according to Kickgh.com turned down contract extension offers proposed by the management of the club to leave the Porcupines today.

The 27-year-old was not part of the matchday squad in the MTN FA Cup clash against Berekum Chelsea on Sunday where the Bibires defeated the Porcupines 5-4 on penalties to progress to the semi final.

Okrah was involved in four goals, scoring one and providing three assists in his 17 game outings for Asante Kotoko in the just-ended season.

The 27-year-old rejoined Kotoko in July 2019 after mutually terminating his contract with Indian Super League side NorthEast United FC when he suffered an anterior cruciate ligament injury.

Okrah has had stints with the two most glamorous clubs in Sudan — Al Merriekh and Al Hilal — where he won the Sudanese Premier League and FA Cup trophy.