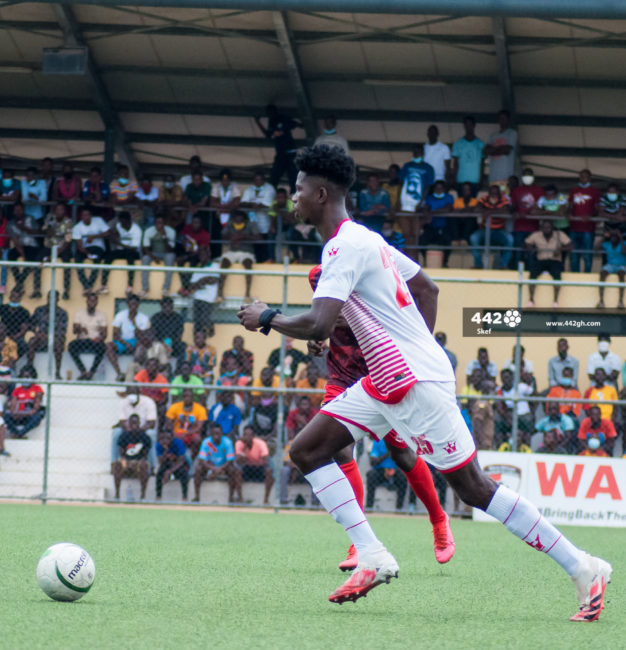 WAFA star, Konadu Yiadom has arrived in Accra ahead of his switch to league champions, Hearts of Oak.

The ‘Rainbow Club’ are looking to beef up their team for the upcoming season as they will be representing the country in the CAF Champions League next season.

Should an agreement be reached, the Ghana U23 defender will be in the colors of the Rainbow Club in the coming season.

The 21-year-old solidity at the back ensured West Africa Football Academy (WAFA) made top-four finish having occupied the 3rd position at the end of the season with 56 points.

The lanky defender featured 26 times for the Academy Boys and scored twice in the process.