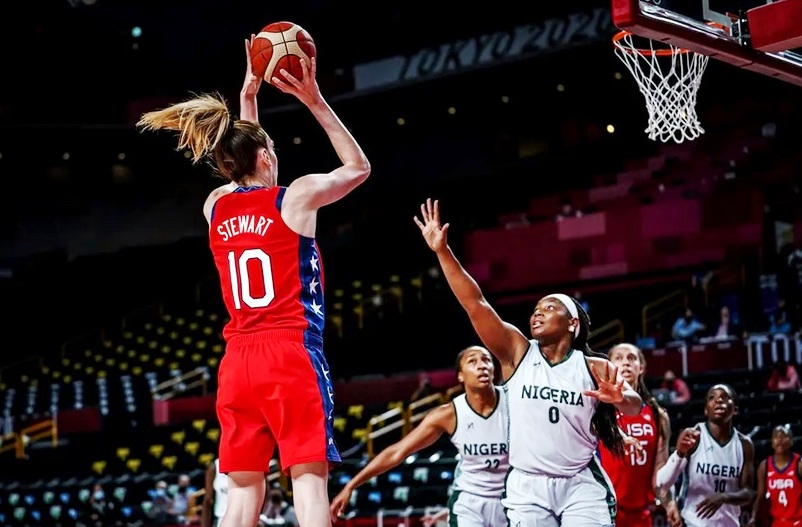 Despite bagging a 20-17 first quarter lead, Nigeria lost its way in the second and third quarters before staging a late rally in the fourth quarter. However, the deficit was too big to overcome and ended up losing by nine points.

USA is the defending Olympic Champion and the win over Nigeria is the team’s 50th straight win at the Olympics. A’Ja Wilson led the game with 19 points and 11 rebounds.

Speaking after the contest, Nigeria’s Head Coach who is American, made an interesting analogy involving renowned Boxer Muhammad Ali.

“It’s like starting your boxing career and they tell you you’re fighting Muhammad Ali in his prime. Now that ain’t something you are looking for. I want to box, but I don’t want to box that bad” he said.