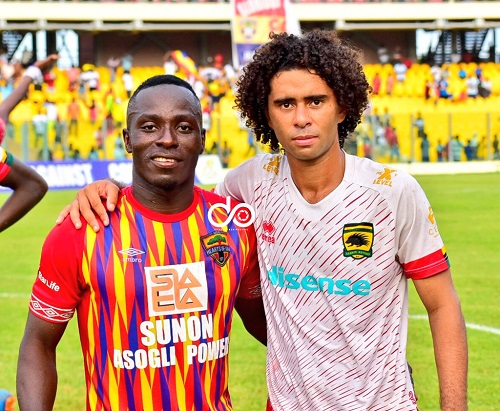 The Brazilian midfielder incurred the wrath of Hearts of Oak fans after he shockingly claimed that he has no idea about the club, despite playing for their arch-rivals Asante Kotoko.

Gama, in an interview with Kumasi-based Pure FM, said “No I don’t know what is that” when he was asked if he has heard about Hearts of Oak.

Gama, however, declared Kotoko as the “biggest club in Ghana”, having joined the club in the latter parts of 2020.

“I also want to congratulate Accra Hearts of Oak on the title of Ghana 🇬🇭 Premier League, and it was never my intention to disrespect them,” Gama stated.

The game against Hearts was historic for Gama as he became the first Brazilian to have a taste of the biggest match in the Ghanaian football calendar.