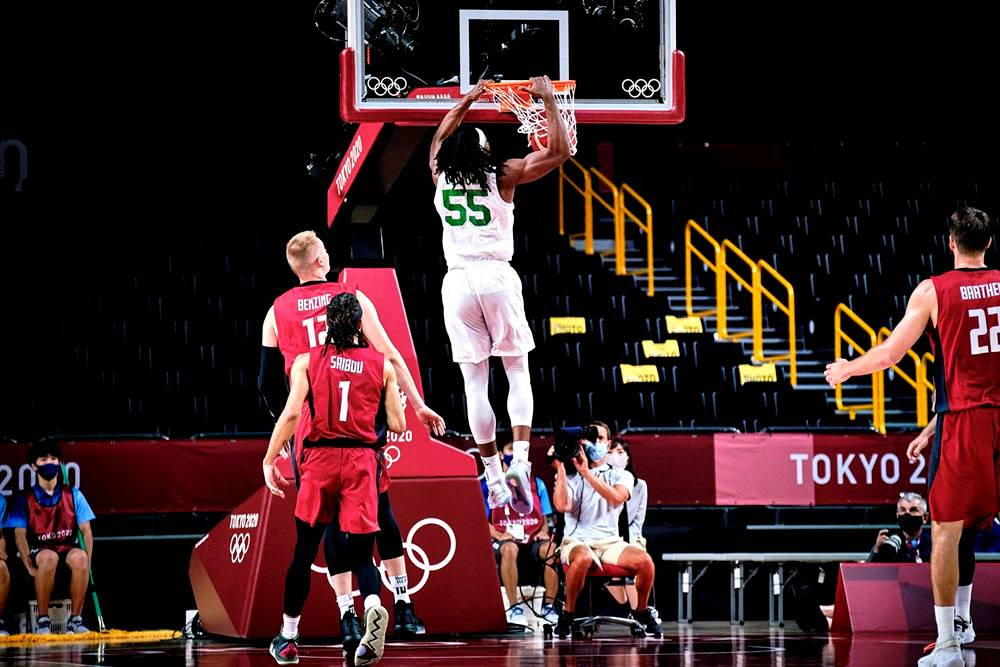 Nigeria’s D’Tigers fell apart in the fourth quarter of their second game at the Tokyo 2020 Olympics to lose 92 – 99 to Germany in the early hours of Wednesday.

Coming from a disappointing loss to Australia, D’Tigers secured the first basket via Miami Heat Point guard Gabe Vincent and accumulated most of their points via three pointers, an improvement from the performance in their first game.

The points were tied at half-time (50-50) and at the end of the third quarter (74-74) making it a frantic fourth quarter where Germany took the game beyond Nigeria.

Nigeria at some point in the game led with as much as twelve points but didn’t do enough defensively, giving away fouls the Germans easily converted from the free throw line.

The duo of Miye Oni and Jordan Nwora led the scoring for Nigeria with their three pointers gathering 15 and 33 points respectively.

A late surge from D’Tigers was not enough as Germany got their first win of the competition. Nigeria will play Italy next on Saturday as their chances of qualifying for the next round now hangs in the balance.