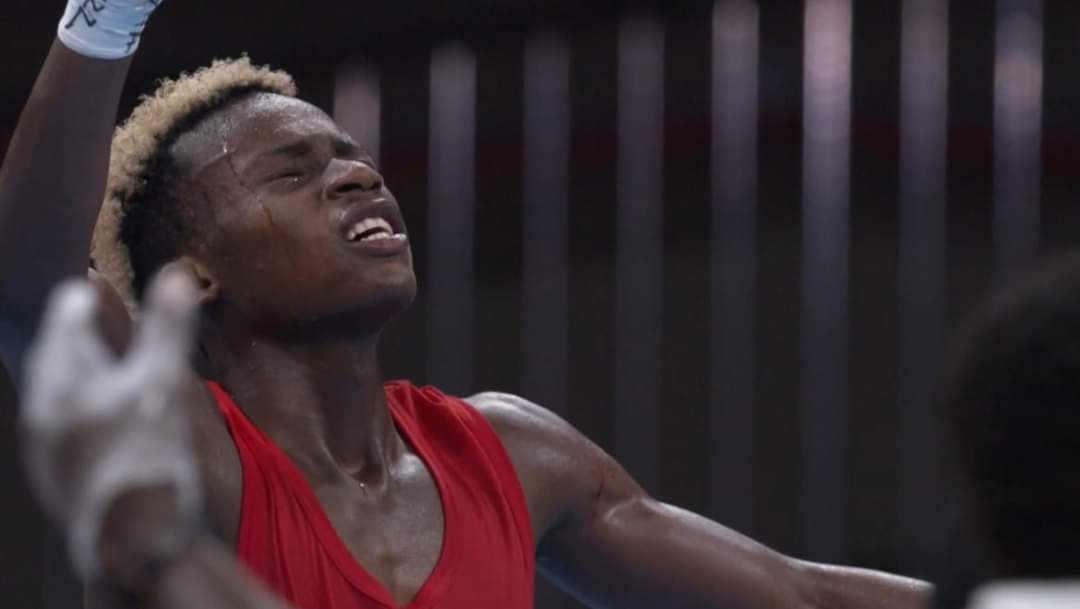 Ghana’s Samuel Takyi advances to the Quarter Finals after a gritty display in his round of 16 bout at thetheTokyo Tokyo 2020 Olympic Games.

The 21 year old from Accra beat a resilient Caicedo Carlos from Ecuador after a blistering final round to advance to the quarterfinals of the Featherweight Division in Boxing.

The Ghanaian led after the first round of exchanges on all the five score cards.

However, the South American stepped up a gear and got 4 out of the 5 judges to give him the second round.

With everything to fight for in the final round, Takyi went all out with a combination of punches.

He cut his opponent on the lid of his right eye but the Ecuadorian refused to back down until the bell ended the contest.

The Ghanaian went on his knees after he was given a unanimous decision.

He needs one more win to make into into the semi final and thus medal zone.