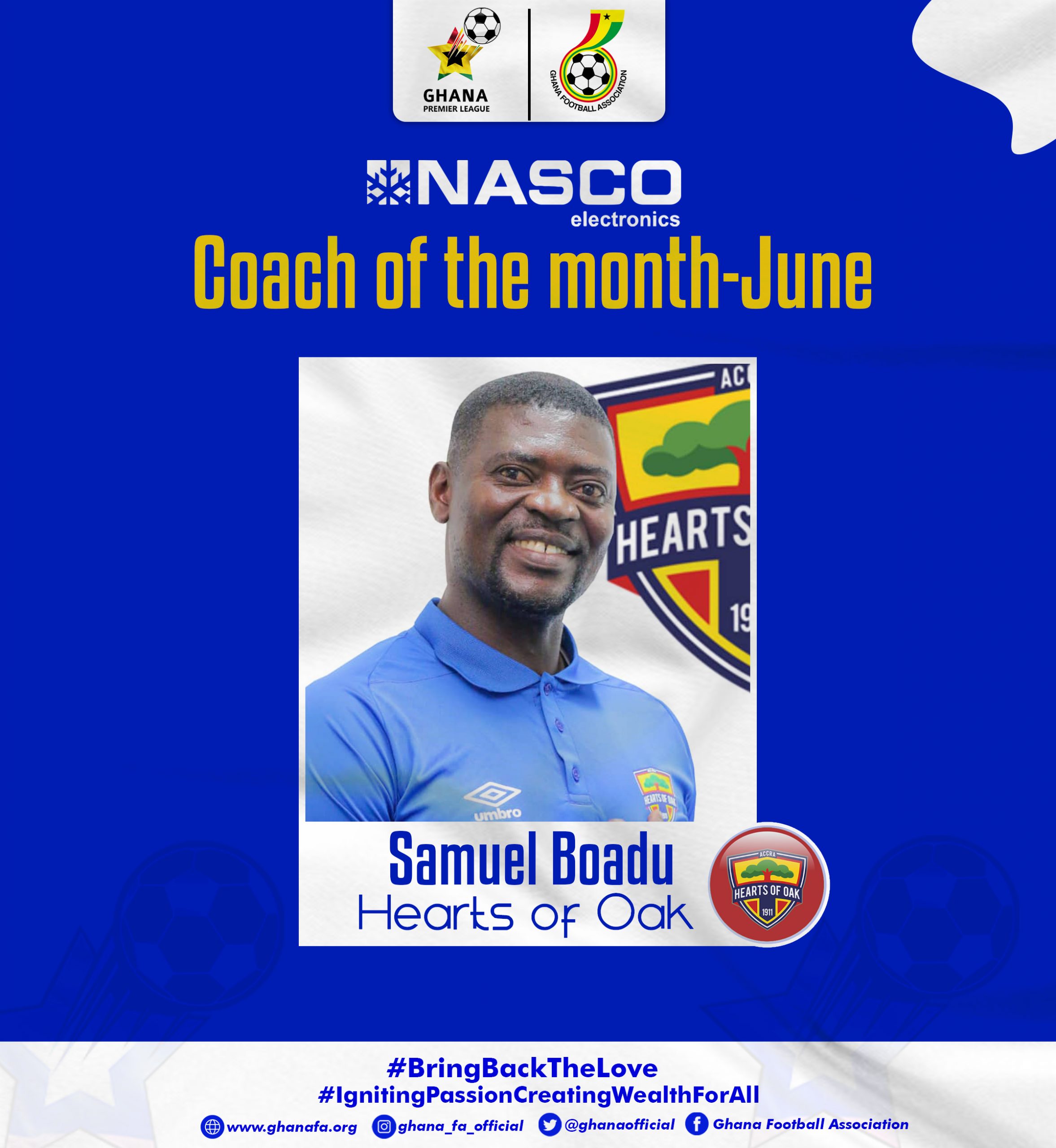 Coach Boadu has won the award for the second consecutive month after masterminding Hearts of Oak’s three wins and one draw  recorded  last month.

He beat off competition from Asante Kotoko’s Mariano Baretto and Ebusua Dwarfs’ James Kuuku Dadzie who both won three matches with one defeat each in June.

The Head Coach of Hearts of Oak is expected to receive a NASCO Television set.