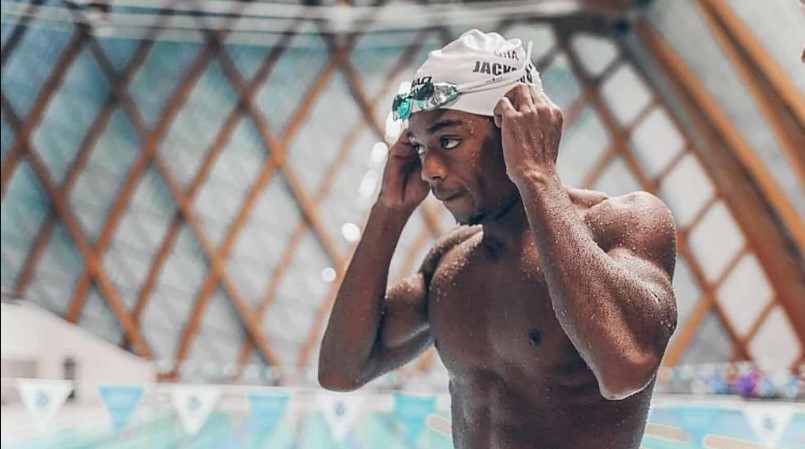 The Ridge School product has set his sights on the next Olympics – Paris 2024, after he was eliminated from the ongoing Tokyo 2021 games.

The talented athlete says he has picked a lot of lessons from his elimination and will further step up his game to make Ghana proud come the 2024 gathering in France.

“I am always excited when I represent my country Ghana at any international competition. Coming first in heat two was a wonderful moment.”

The Accra based swimmer missed out on the semi-finals of the Men’s 100 metres butterfly event by 0.02 hundredth of a second and was the first to concede that he can do better.

His Phyric victory has not dampened the outlook or his sense of gratitude.

” I will like to thank my coaches in Ghana and everyone that put an effort into this. I also wish to thank the Ghana Swimmers Association and the Ghana Olympic Committee.”

“I learnt something in 2016 (Rio Olympics) and I brought it into 2021 so I am looking forward to represent Ghana in 2024. That is my main target and I hope to make Ghana proud”.

Jackson was balloted in Heat 2 and he finished first with a time of 53.39 seconds; a new national record. He was ahead of India’s Prakash Sajan and other countries who have invested heavily in swimming over the years like South Korea, Kuwait, Thailand and Paraguay.

However, Jackson’s sterling effort was not good enough as swimmers in the other heats recorded better times of 52 seconds or lower.

In all, 16 swimmers made it to the semi-finals of the event and 8 will progress to the final which will take place on Saturday, July 31.

Thanks to his father, Mr Kwadwo Abbiw Jackson, Abeiku started swimming for fun at a very early age along with his elder brother Kwesi Abbiw Jackson and younger brother Kwaw Asafua Jackson, both of whom are also very good swimmers.

However, it was Abeiku who seemed to show more love and prowess in the water; and in no time his potential began to surface.

As he grew Abeiku and his father decided that he should specialize in the 50 metres freestyle.

He went on to win and still holds Ghanaian national records in 13 events, including the freestyle, butterfly, breast-stroke and back-stroke events over distances ranging from 50 to 400 metres.

It is fair to say that Ghana has a genuine medal winning swimming prospect to look forward to at the next Olympics.

But for Abeiku, his coaches and Ghana swimming, the work has already begun.