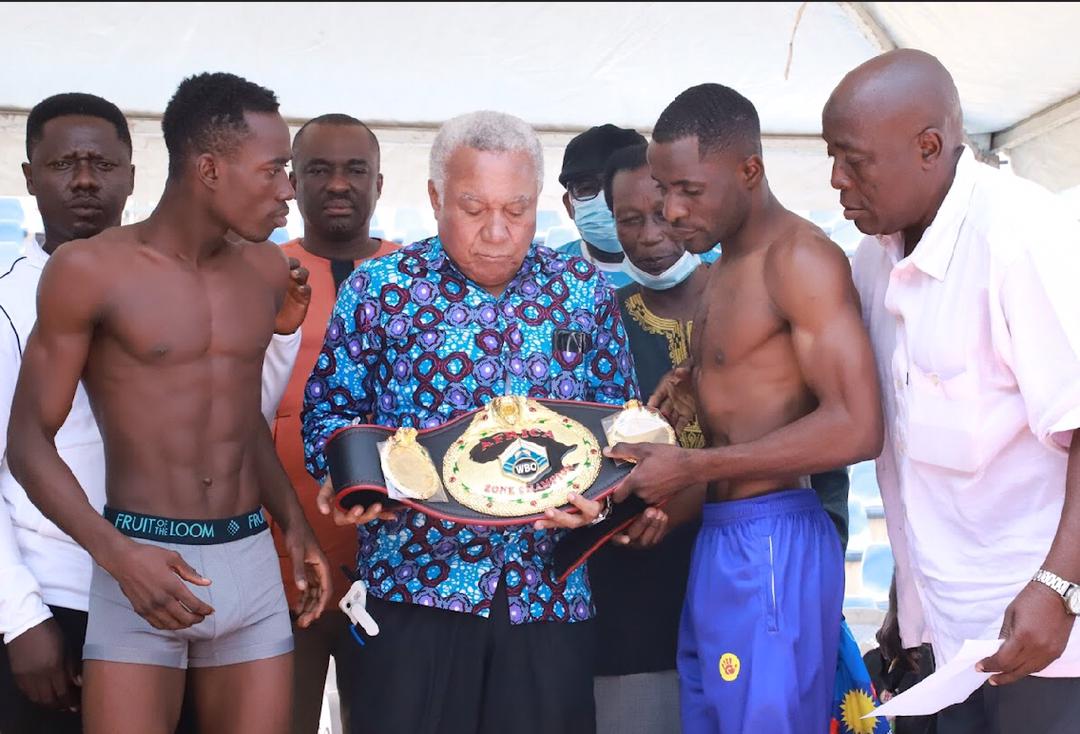 Young John Laryea AKA Expensive Boxer remains resolute in his belief that Bisbee will be crowned a new continental champion when the dust settles in the Ghanaian capital later tonight, after promising to stop Sebastianus Natanael.

The official weigh-in results from Accra had challenger and home favourite, John Abaja Laryea coming in at 124.5 lbs whilst title holder and visitor, Sebastianus Natanael tilted the scales at 125.8 lbs, setting the stage for their clash for the WBO Africa featherweight title at the Bukom Boxing Arena in Accra Friday night.

The highly confident Ghanaian trained by the vastly experienced Lawrence Carl Lokko, has been talking tough and is promising to finish off the Namibian on the night dubbed ‘Path to Glory’ put together by Bronx Boxing Promotions in conjunction with the Bukom Fist of Fury amateur boxing league.

“I’m proud of my self, my family and my management for giving me the chance to near an African title like WBO, because I have been waiting patiently for such opportunity in my life,” Laryea famously nicknamed ‘Expensive Boxer’ said.

“Winning this title will mean a lot to me and will change my life for good and I know I can do this so I’m not sleeping on this as a young champ. I can assure my fans that by round 6 or 7, I will stop him to.become th new champion,” added undefeated Laryea (8-0-1, 6 KOs)

On his part, the champion, Sebastianus Natanael indicated that he won’t let go off his belt, and definitely not to Laryea here in Ghana and promised to defend and send the the WBO Africa strap back home to Namibia after fight night.

“We not afraid of what the young Laryea will bring onto to the table because he all the rights things have been put in place for Natanael not to be scared no.matter the opponent or venue. We are confident he will win on Friday,” said Natanael’s manager and promoter.

In other fights on the undercard, promising Daniel Gorsh clashes with Emmanuel Laryea in a bantamweight contest scheduled for 8 rounds, a flyweight contest billed for 6 rounds sees Joseph Akai nettey face Thomas Quansah whilst Isah Inusah takes on Michael Mensah in a light heavyweight clash also scheduled for 6.

Concluding the pro fight line up sI the welterweight contest between Jacob Laryea and Richard Dogbegah, also over 6 rounds.