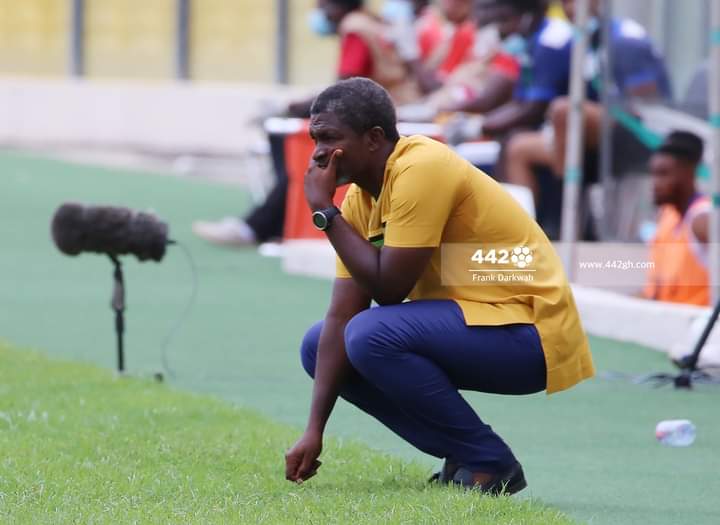 Former Asante Kotoko coach Maxwell Konadu has spoken for the first time since he left the club in December insisting individualism and Disunity caused the club’s inability to win the Ghana Premier League and MTN FA Cup.

Maxwell Konadu who was relieved off his post from the Kumasi based club told Nyirah fm the level of division in the club could not propel them to any success.

The former Black Stars B Head coach who was sacked just 4 matches into the Ghana Premier league maintains all the bodies that mattered in the club had their fronts broken, leading to ‘break donw of law and order’ inside the Adako Jachie club.

“Lack of unity cost Asante Kotoko the league title, there was no unity among the players, technical team, and all others who matters at the club” he told Moses Antwi Benefo in an interview.

Maxwell Konadu’s comments confirms the statement of the Club’s CEO who face a parable of disunity between himself and the Board Chairman of the club when he spoke on Asempa FM.

Maxwell Konadu is now the headcoach of Premier league side Legon Cities who he led to avoid Relegation in the just ended season.