And the new... John Laryea stops Natanael in 4 to win WBO Africa title 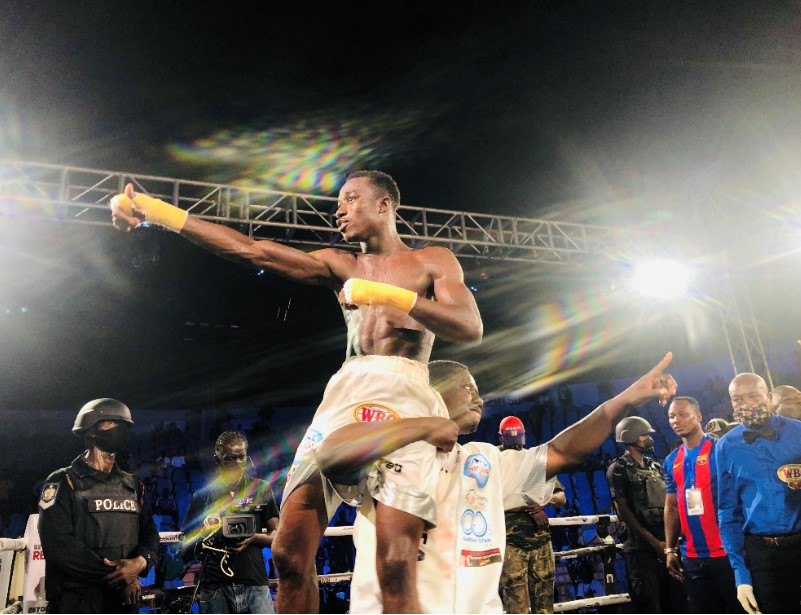 John Abaja Laryea of Ghana is the new WBO Africa featherweight champion following a round 4 stoppage victory over hitherto title holder, Sebastianus Natanael of Namibia at the Bukom Boxing Arena in Accra on Friday night.

Undefeated Laryea improved his career record to 9-0-1, 7 KOs after Beninois referee, Adom Betin upon consultations with ringside medic, Dr. Samuel Quaye decided to call off the fight following incessant bleeding from a cut on the face of Natanael.

It meant that 21 year old Laryea annexed the continental belt to add to his Ghana featherweight title he already holds.