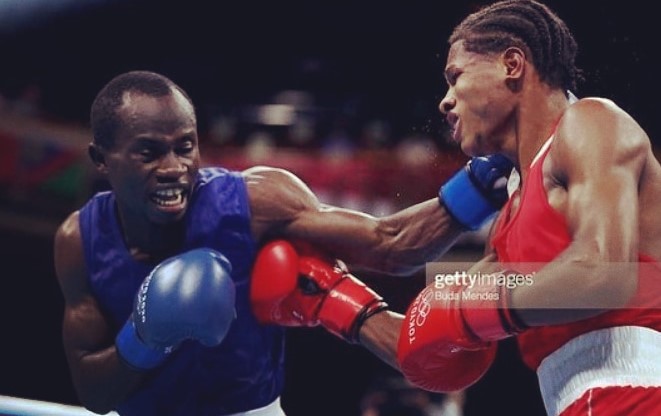 The skipper of the national amateur boxing team is the second Ghanaian boxer to be eliminated at the Games after Shakul Samed.

The imposing Kokugikan Arena on Saturday morning hosted the fight between the West African medal prospect and the talented, tricky Cuban who’s ring craft was a delight to watch.

Tetteh a Prison Officer from Accra, was as good in chasing his opponent as much as possible but in the end, the quicker Cuban who was constantly jabbing and moving won all three rounds to advance to the quarter finals.

Josbany who was at a point, a Judoka in his early days as an athlete, showed good strength to subdue the Ghanaian before taking over with jabs and body shots.

The manner in which Yosbany cruised to victory should not come as a surprise as he was tipped for greatness in 2017 when he was ranked in the top ten of the ‘Most Outstanding Athletes’ in Cuba.

The Cuban will now face another gritty performer in Yafai Galal of Great Britain on Tuesday.