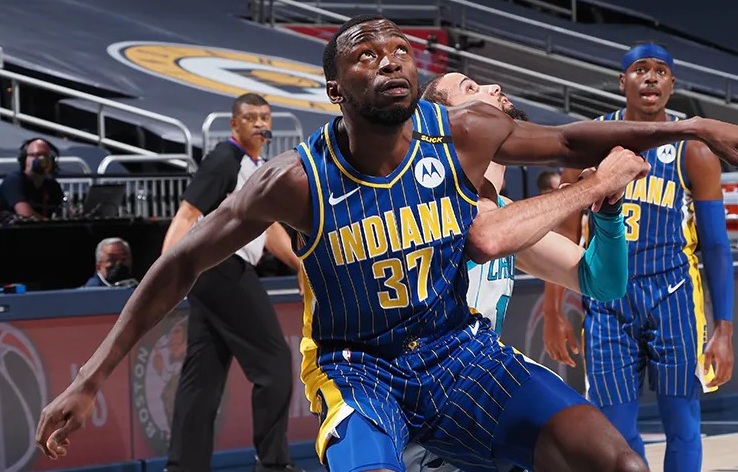 The Indiana Pacers announced their Summer League roster on Sunday, and Ghanaian center, Amida Brimah is aiming to make a big impression on the franchise’s newly assembled coaching staff to maintain his pot on the team for th

ndiana at the NBA Summer League in Las Vegas that runs from August 8 to August 17.

Brimah is putting in the work to have a good run in Las Vegas as Pacers star Shooting Guard TJ Warren posted on his Instagram page a video of Brimah working out with fellow Pacers players.

Brimah is on a Two Way Contract after signing late season to join the team to become the second ever Ghana born player to play in the NBA.