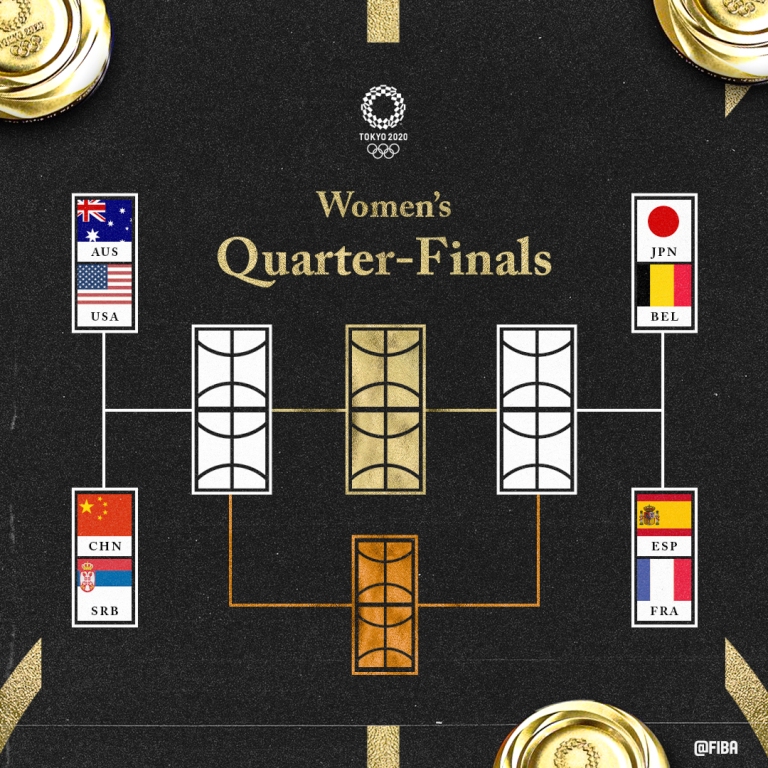 two European powerhouse nations will face off in the quarterfinals at the ongoing Tokyo Olympic Games.

France plays Spain at 6 AM on Wednesday, August 4 following the draw conducted earlier today to determine the lineup of fixtures in the first stage of the knockout phase.

China plays Serbia while defending Olympic Champion USA plays Australia with the USA riding a record 52 game unbeaten streak at the Olympics. The winner plays either China or Serbia in the semifinals.

The USA, China and Spain won all their games at the preliminary stage in Groups B, C and A respectively; Africa’s sole representative has crashed out of the competition after failing to win a game in Group B.

Nigeria lost to USA, France and Japan with the 83-102 loss to Japan played out in the wee hours of Monday, August 2.