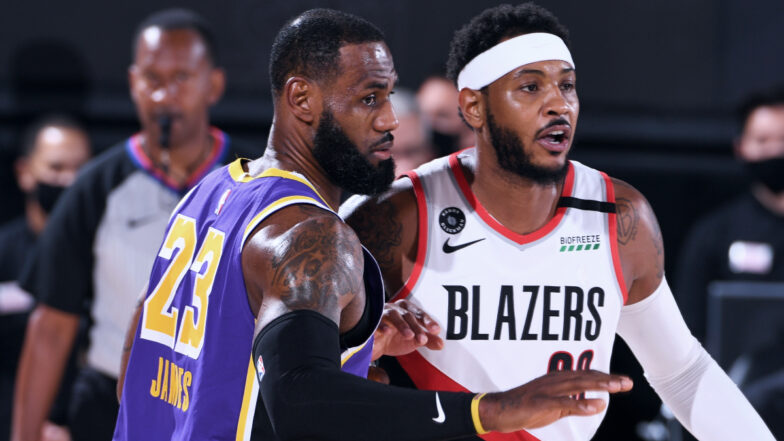 Carmelo Anthony and LeBron James have long wanted to be on the same team. They will finally get their chance after Anthony agreed to a one-year deal to join the Los Angeles Lakers on Tuesday.

Anthony broke the news on social media by posting a video that included his nickname, “Melo,” and the Lakers logo. Free agent deals can’t become official until Friday.

Anthony and James have been friends since high school and were part of a star-studded draft class in 2003. James went first overall to the Cleveland Cavaliers out of high school while Anthony was the third pick by the Denver Nuggets after leading Syracuse to its first NCAA title.

The 37-year-old Anthony joins his seventh team while entering his 19th season. He averaged 13.4 points and made 40.9% of his 3-pointers coming off the bench for Portland last season.

The Lakers, who won the NBA title in 2020 but were eliminated in the first round of the Western Conference playoffs by Phoenix this past season, could have eight players age 32 or older on their opening night roster.

Anthony will be the oldest. James, Marc Gasol and Trevor Ariza are all 36.