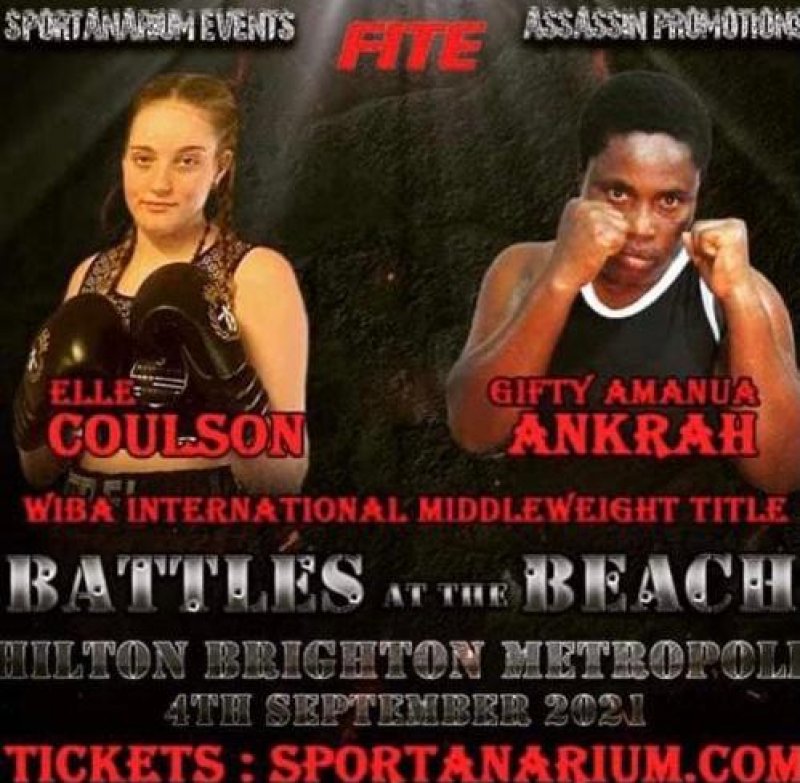 For Ghanaian female boxer, Gifty Amanua Ankrah, September 4, 2021 presents her with the perfect opportunity to realise her life long ambition of winning a boxing title when she faces Eleanor Coulson for the vacant Women’s International Boxing Association (WIBA) Youth World Championship in the United Kingdom.

Very experienced Ankrah has nearly 18 years as a pro and previously challenged for world titles on three different occasions, albeit all without success but according to her manager, Naomi Konadu, this fight is an opportunity the boxer has been waiting for and will therefore grab it with both hands.

“Gifty has been training hard in the last few months and is ready to win this title. Even though she has not fought in a long time, she is in good shape and will make Ghana proud by winning the vacant title,” Madam Konadu said.

The fight is being organised under the auspices of Trevor Lake (Sportsnarium Events) and Lee McAllister (Assasin Management and Promotions and sanctioned by the British and Irish Boxing Authority (BIBA).

Accordingly, other fights on the bill come September 4 include two Youth World Championships and one European Championship.

The Ghanaian, who is among the few female boxers in the country is confident of winning the vacant title in her bid to enhance her records.

She is expected to leave the country in the later parts of August for the United Kingdom.