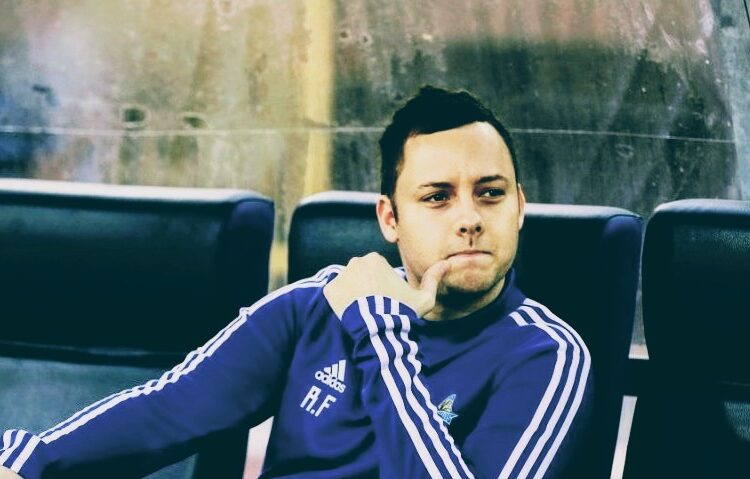 French gaffer Romain Folz has recently been linked to Ghana Premier League giants Asante Kotoko, in order to take over as Head Coach for next season.

Many sources are indicating that current coach Mariano Barretto is on his way out of Kumasi, and the Porcupine Warriors are actively looking for a new manager to lead the club to success in the future.

According to sources, former Ashanti Gold SC Head Coach Romain Folz is the current priority in the eyes of Asante Kotoko Board of Directors. The higher-ups of the Kumasi based club are looking for someone young and energetic, capable to lead the new projects of the club and win a title as soon as next season.

It is known that Kotoko is currently entering a new phase, with the completion of a brand- new training center (Adako Jachie), and heading back to Baba Yara Stadium very shortly.

Romain Folz, who left Ashanti Gold last season due to disagreements with management of the club, is seen by many as the perfect fit to take over Asante Kotoko and be the new face of the club in its new era.

Folz has already had two stints in the GPL, with Bechem United FC, and Ashanti Gold SC. Both of these experiences were big success for the gaffer in terms of results (only 8% of losses in all his matchs combined in Ghana), and the quality of football displayed by his teams has impressed many experts in the country.

For instance, we can confirm that Kotoko members were in the stands in the Len Clay Stadium in Obuasi this past season, watching AshGold beat Hearts of Oak 1-0, and completely outplaying the next to be GPL Champions. This performance itself has impressed massively, showing the tactical dominance Folz can have on any kind of opponents.

Obviously, the fact that rivals Accra Hearts of Oak have captured the League this past season is still a headache for the Porcupine Warriors fans, and they will be hoping for a change coming next season.

To lead the club to new success, Asante Kotoko must choose the perfect gaffer and put all efforts into solving outside issues and only focus on the football side of things.

Many believe that Romain Folz is the ideal profile to lead Kotoko next season, but the Kumasi based side will have to prevail over competition, as we understand the Frenchman is very much targeted by clubs outside of Ghana.

Will we see the one people call “The Boss” back in the Ghana Premier League with Asante Kotoko? Football fans and lovers of beautiful game for sure hope so! Stay tuned with us as we will give you all news on this case.