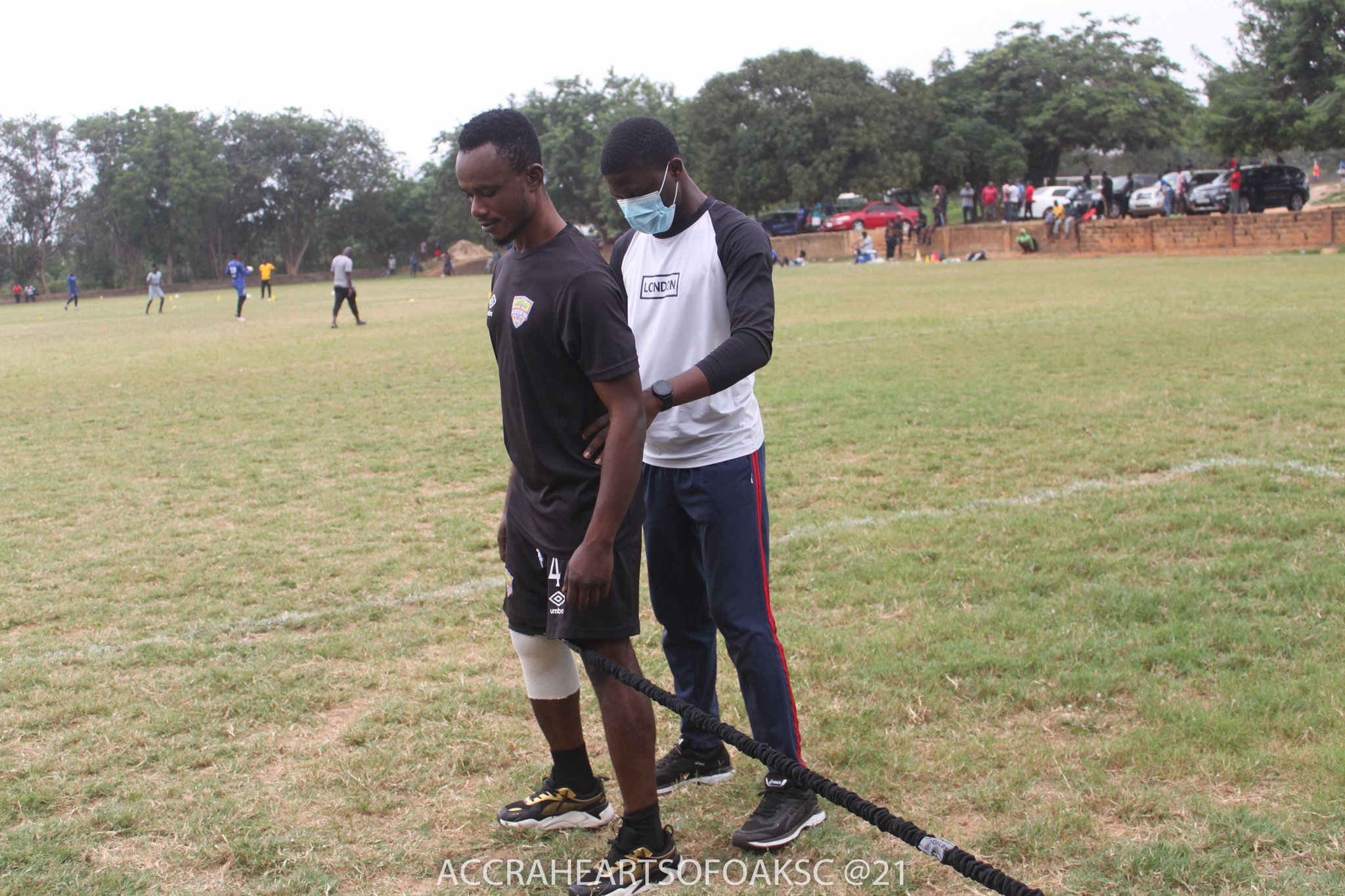 Kodie was sidelined due to a career threatening injury he sustained during the Phobians’ GFA Normalization Special Competition game against lower-tier side Uncle T United in 2019.

He was jetted to South Africa to undergo a mandatory knee surgery in May.

The 27-year-old, after completing his

rehabilitation was pictured training separately at the club’s adopted training grounds at Cantonments.

Before the injury, the former Liberty Professionals man was a key member of the Hearts of Oak squad after joining them on a three-and-half year deal in 2016.

Kodie is expected to renew his contract with the Capital based club in the coming days ahead of the 2021/2022 Ghana premier league season and the CAF Champions League campaign.