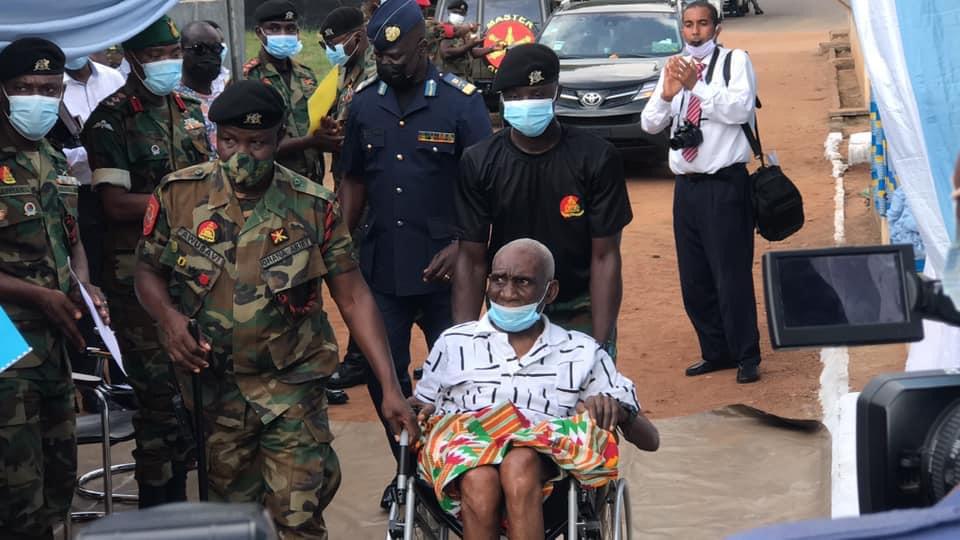 The Ghana Armed Forces have honoured ex-army officer, Olympian and boxer, Prince Amartey at the 66 Artillery Regiment in Ho, the Volta regional capital, 49 years after he wrote his name into Ghanaian boxing folklore.

Prince Amartey won bronze for Ghana in the 1972 Summer Olympics in Munich, Germany where he reached the semi-finals in the middleweight division of boxing.

The ex-corporal was excused from the Army as a result of mental health problems in 1974 and has since been surviving, just.

Following the recent annexation of a first medal in boxing by 20 year old Samuel Takyi at the ongoing Tokyo 2020 Olympic Games, a first for Ghana since Amartey 49 years ago, people started asking about him.

It then emerged news of his unfortunate

state in the Volta Region, upon which the Ghana Armed Forces quickly moved in and within a week, established a provision shop for him to serve as a source of livelihood. The Amartey Mini Mart is located within the Ho Barracks, for supervision and security purposes.

The Chief of Defense Staff, Vice Admiral Seth Amoama led the delegation from Accra to commission the mini-mart for the 77-year-old to cater for his upkeep.

Inside the Amartey Mini Mart