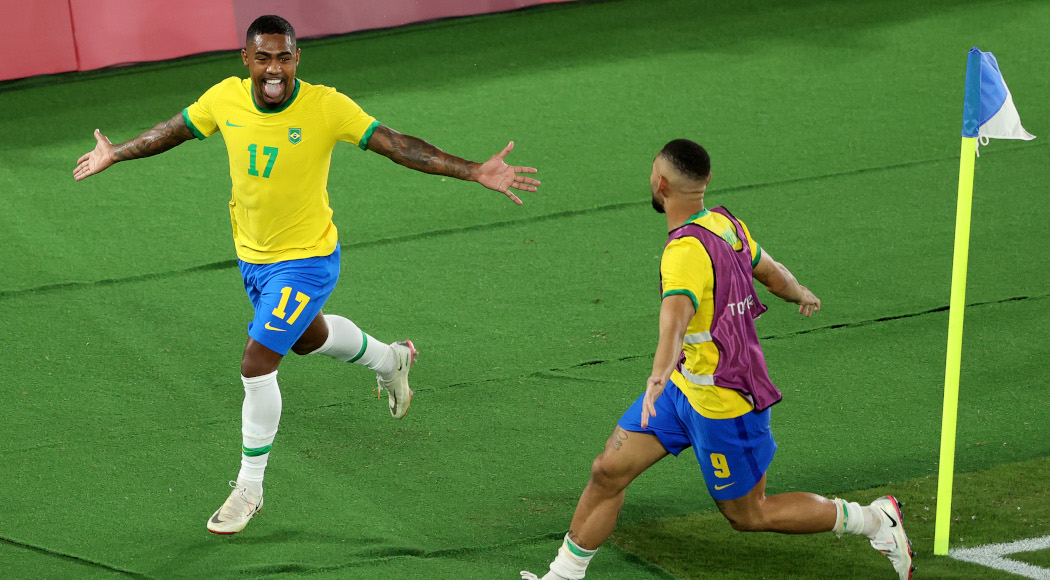 hesitant Jesus Vallejo before driving the winner into the far corner to clinch gold for Brazil after their Rio 2016 triumph.

Brazil forward Richarlison had missed a 39th minute penalty before the South Americans grabbed the lead on the stroke of halftime when a deep Claudinho cross was hooked back across the area by Dani Alves and Cunha brought the ball down to slot home.

Spain threatened little but got on level terms in the 61st minute when substitute Carlos Soler broke down the right and whipped a cross to the back post where Mikel Oyarzabal connected with a sweet left-foot volley that whistled past Santos.

The Spaniards hit the woodwork twice in the final five minutes of normal time before Malcolm grabbed the glory for Brazil in the second period of extra time.