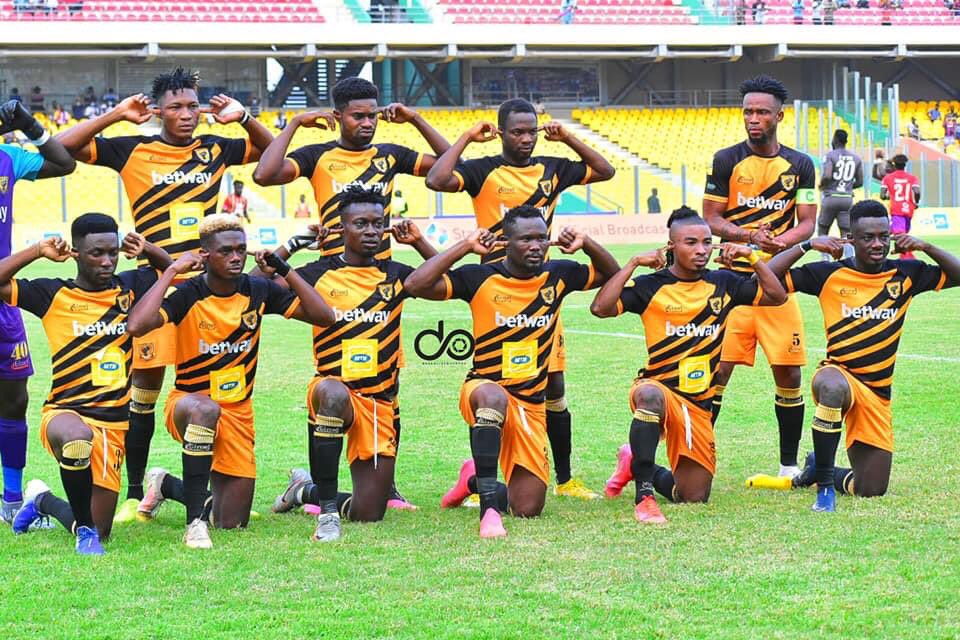 Ashanti Gold defender, Frank Akoto, has said the Miners were unlucky to lose the MTN FA Cup final to Hearts of Oak on Sunday, August 8.

The Yellow and Blacks picked up the silva medal after losing 8-7 on penalties to the competition’s record winners at the Accra Sports Stadium.

Despite the match been somehow balanced, Ashanti Gold were slightly dominant in terms of possession but could not convert the chances they created as the game ended goalless in 120 minutes.

Therefore, the versatile defender took to his twitter page to applaud Hearts of Oak on the victory and also acknowledge his teammates for putting up a fight.

“It was a hard match, we gave our all and were just unlucky. Congratulations to Hearts of Oak,” Akoto posted.

Meanwhile the club have given the players a month break after fairly a successful 2020/2021 campaign, although they placed 9th in the league.