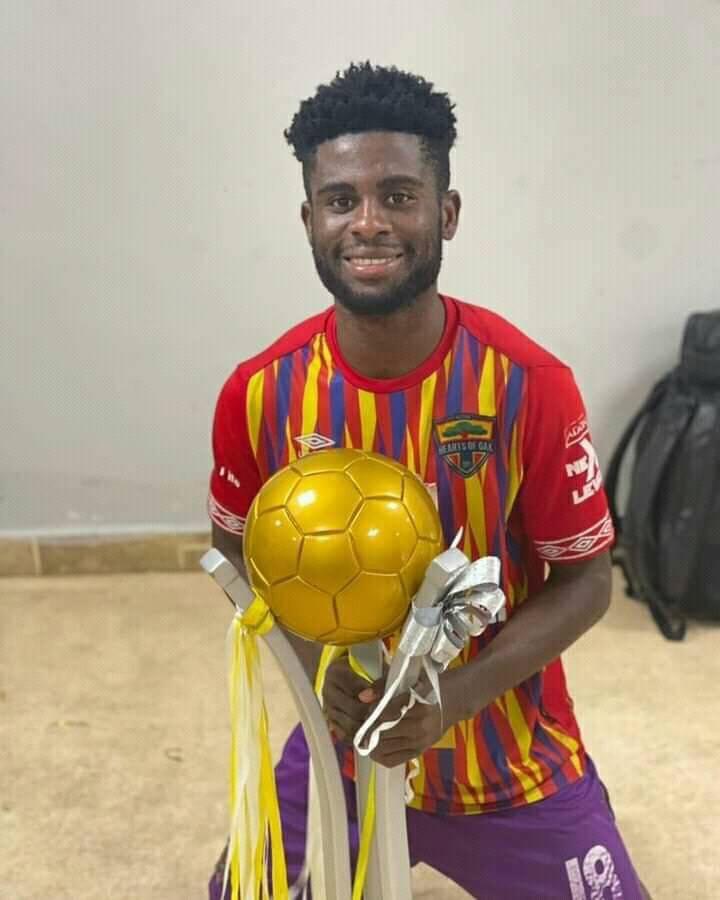 Hearts of Oak secured their second trophy of the season on Sunday at the Accra Sports Stadium with win over Ashantigold.

The Phobians earned a 8-7 win on penalties to achieve the prestigious feat.

The win means, Daniel Afriyie Barnieh becomes the most decorated footballer in Ghana in the 2020-21 football season. The young forward has won an astounding total of 4 major trophies this season.

In December 19, 2020, Barnieh led the Black Satellites to defeat Burkina Faso in the final of the 2020 WAFU Zone B U-20 Cup of Nations tournament held in Benin.

He again guided the Satellites to win the African Youth Championship held in Mauritania in March 2021 after beating Uganda 2-0. The captain, Barnieh scored the only two goals in the final to win Ghana the trophy and was adjudged man of the match.

Barnieh again played an instrumental role, especially in the second round of the 2020/21 Ghana Premier League season, as the Phobians ended their 12-year trophy drought. The young forward scored four goals, including the winner against Asante Kotoko in the title decider, as Hearts won the league.

The Phobians romped to the 2021 MTN FA Cup title following a hard fought victory Ashantigold on Sunday via penalties after a goalless draw in regulation time.