Kenya's Rayton Okwiri knocks out Munoz of Colombia in 2 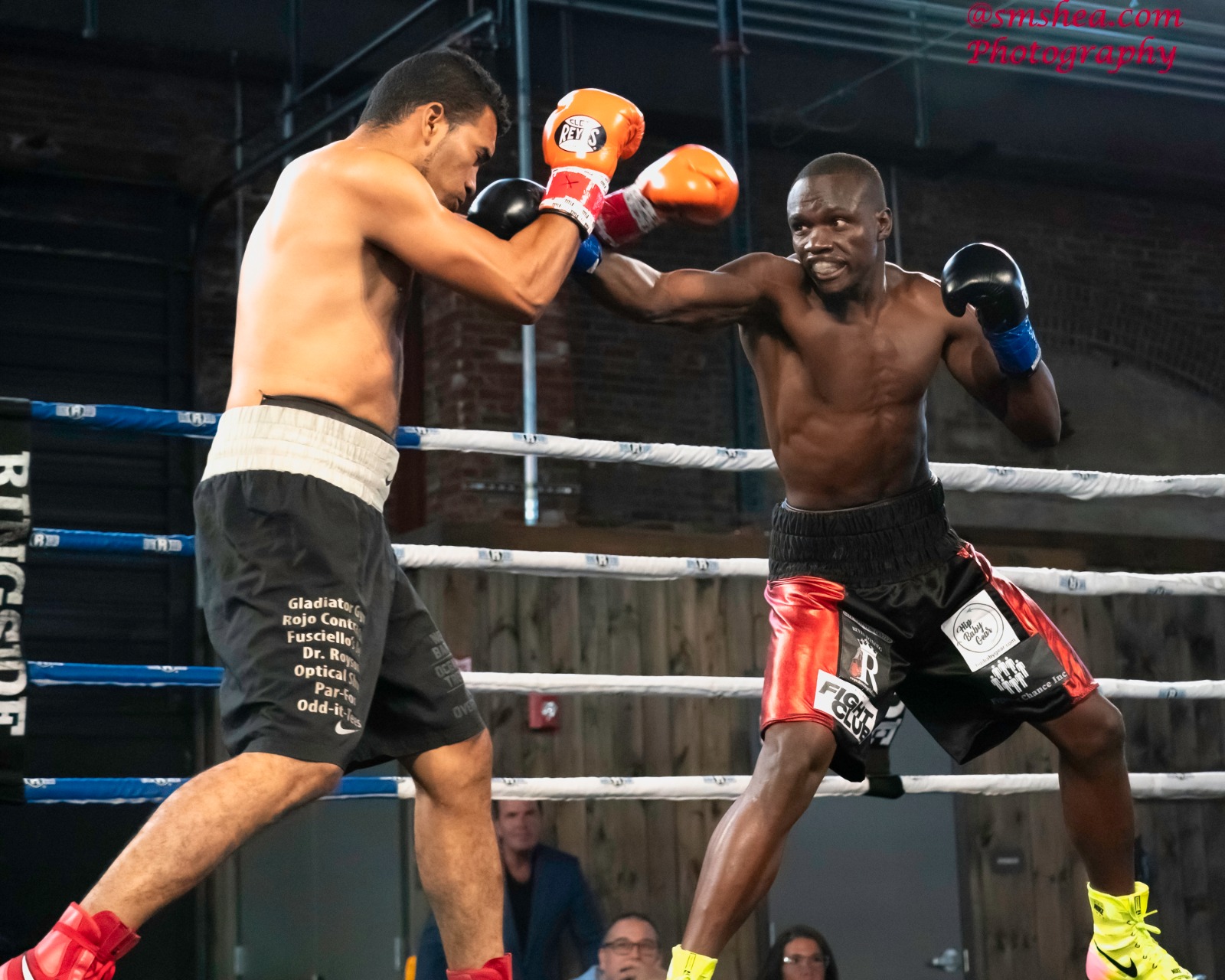 Africa middleweight champion, Rayton Okwiri knocked out Columbia’s Fidel Munoz in the second of a scheduled eight round non-title middleweight fight in Portland Maine in the United States on Saturday night.

The Kenyan 2016 Olympics quarter-finalist was on top of the game and showed no signs of rustiness having last fought in December 14, 2019 in Nairobi when he successfully defended his Africa Boxing Union middleweight title against Augustine Matata from the Democratic Republic of Congo.

With that deserved victory, Okwiri is now unbeaten in seven fights with five KO’s and one draw while Munoz drops to 39-26-1.

The Columbian boxer came out charging in the first round, probably hoping to scare Okwiri who stood firm and changed the tide of the fight to his favour.

“He took me for granted thinking I’m a pushover. I began carrying the fight to him with snapping jabs,” said Okwiri.

The 35-year-old Kenyan southpaw maintained his tempo up to the end of the first round, digging deep with body blows at times and keeping the Columbian busy with lightning jabs and screaming tattoos.

Okwiri then continued with the same momentum in the second round, pressing the backpedalling Munoz who was now getting hit with alarming frequency by the aggressive Kenyan.

A cracking left cross exploded on the face of Munoz, sending him to the canvas for an eight count. He made two more trips to the canvas, and that’s when the referee decided to halt the proceedings to save the Columbian from further unnecessary punishment and possible disaster.

“He was a tough boxer, he caught me with a hard overhand left in the first round, that’s when I decided if l let him go more than two rounds he would trouble me,” said Okwiri.

“We were using eight ounce gloves, most people say southpaws normally don’t follow their opponents but I carried the fight to him. the more I pressurised him I realised he was getting confused, breathing heavily and walking into my punches,” he added.

A sergeant with Kenya Prisons Service, Okwiri said he dedicates the victory to the Commissioner-General of Prisons Wycliffe Ogallo CBS and the entire staff.

“The Commissioner and his deputy have been so supportive, I thank them so much for allowing me to fight as a professional while still being their employee. I’m planning to be boxing in Prisons colours in some of my fights.”

A subdued Munoz, 33, later said:“He’s a fast and strong boxer.” Okwiri was featuring in a card promoted by Michael Reyes who is also his head trainer.

Okwiri’s next stop will probably be in Nairobi next month for a major fight to be promoted by 22Bet and then moves to Dar es Salaam for another fight at the end of September. He is likekly to fight in the US before coming to Nairobi.