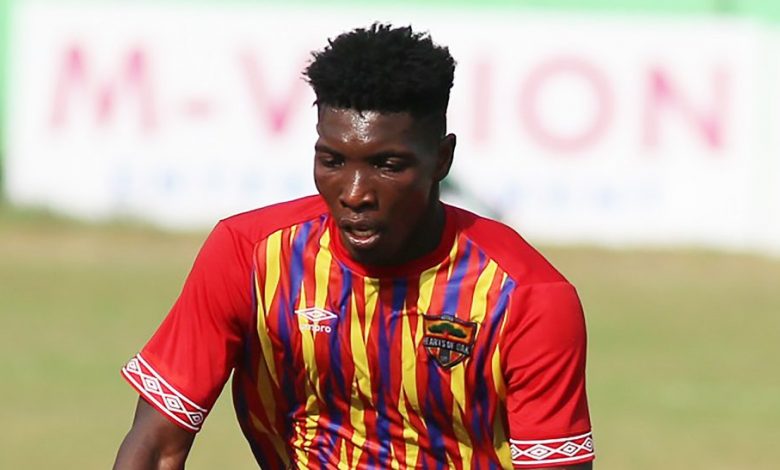 Hearts of Oak could not register Benjamin Afutu for the CAF Champions League competition, whilst Abdul Manaf Umar could not make the 28-man squad for the continental tournament.

Afutu could not reach an agreement with the team over a contract extension after his deal with the Phobians expired at the end of the season. Hearts were willing to hand the 26-year-old a fresh deal and had opened negotiation with the player.

The player on the other hand was willing to sign for the Club but for his manager who could not accept the offer on the table.

CAF set August 15th as the deadline for the registration of players for the inter-club competition but the Ghana Premier League Champions could not finalize an agreement with the player to be registered for the competition as at yesterday’s deadline.

Another midfielder who wasn’t included in the  list of players registered for the competition is Abdul Manaf Umar whose future with the Ghanaian giants thus remains in a balance following the arrival of some new signings.

Hearts of Oak are set to announce the signings of Agyenim Boateng, Gladson Awako and Enoch Asubonteng given the 28-year-old Manaf limited chances of playing any further part.

He was a key player under former manager Kosta Papic but fell out after the arrival of Samuel Boadu who handed him little opportunities in the squad.

Hearts of Oak will be opened to accept offers for the midfielder before the start of the season.