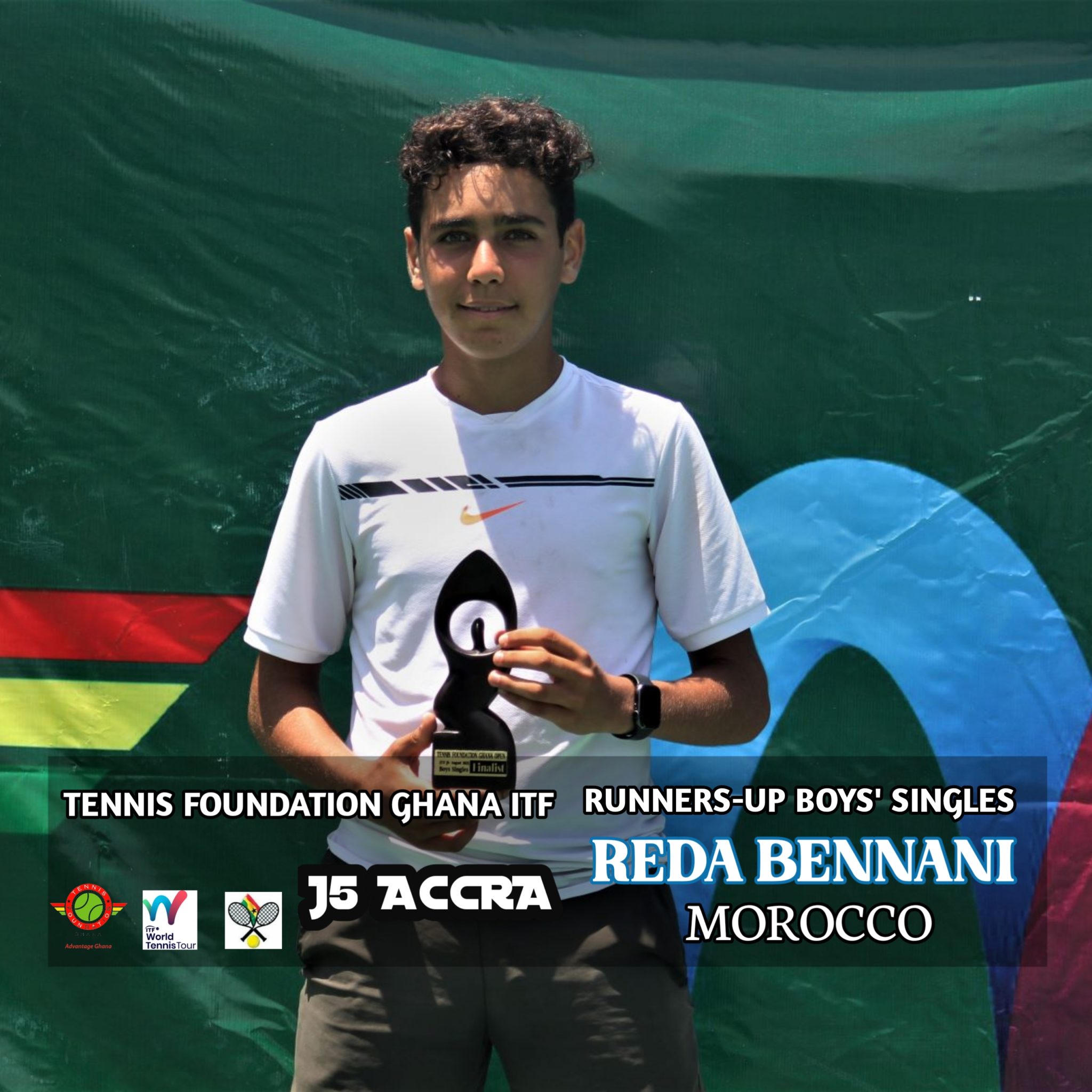 Min Jae Kim of Korea who was seeded as the number 3 of the ongoing ITF World Tennis Tour J5 in Accra won the second week of the J5 tour at the tennis court of the Accra Sports Stadium yesterday.

The Korean who was playing in another ITF event but lost in the final came to Ghana with the mindset of winning this edition to build up his points on the ITF rankings, he never had it easy because getting into the final was a tough order and he defeated Cornelius Alexander Shalmi of Denmark by two straight sets to meet with a young progidy of tennis from Morocco called Reda Bennani.

Reda also defeated the tournament favourite from Switzerland Thomas Mathys in three sets to clash with the Korean in the final.

The final was so competitive that it was an end to end stuff with both tennis players exhibiting powerful aces,wonderful passing shots and good court control but the Min Jae Kim had other ideas and won the game with experience on the court.

Min Jae Kim won by 7-5,6-1 to carry the day with his accumulated points as well. The Ceo of Tennis Foundation Ghana Mr. Roger Crawford has been happy with the level of tennis being played here in Ghana. The winner and runner-up were honored at the end of the competition.

It’s four weeks of exciting Tennis to be played here in Ghana but it’s over for the J5 and tomorrow is going to be tough because ITF World Tennis Tour will welcome the crack tennis players in the J4 category. It starts tomorrow because most of the players will be playing qualifiers before they can join the J4 category. Min Jae Kim, Reda Bennani, Desmond Ayaaba of Ghana will be in the competition of the J4 category.