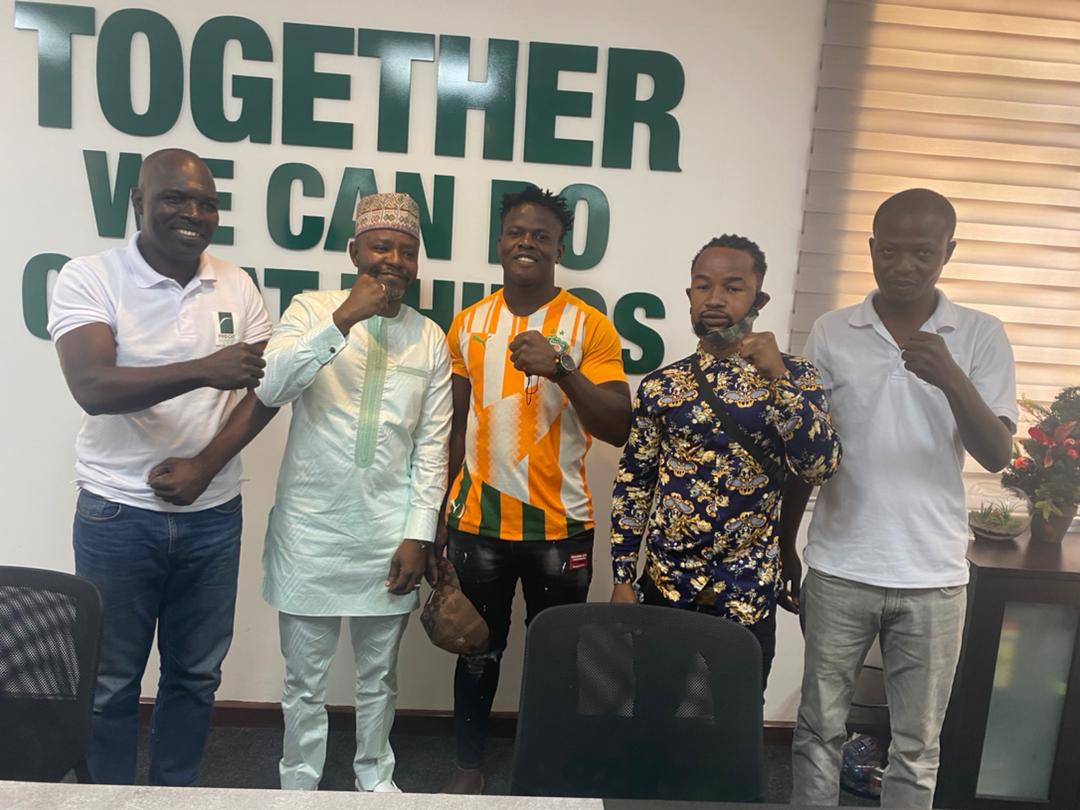 Ghana could have its first ever special school for fighting if the dreams of one man is to be fulfilled, and that could be pretty soon as sections of followers of the fistic sport continue to bask in the Tokyo 2020 heroics of 20 year old boxer Samuel Takyi who ended an entire country’s 29-year wait for an Olymic medal by grabbing bronze in Japan.

Sportsinghana.com can exclusively report that Abdullah Pangansur Issaka, Managing Director of top freight forwarding and logistics company, Freight Consult is extensively advanced with plans for construction to begin for a multi-purpose training school for boxers in Ghana, modelled on the football academy system which has massively benefited many African countries.

A big boxing enthusiast and underground financier of some of the sport’s talents and events, Alhaji Issaka envisages this as the best avenue to really tap into Ghana’s huge reservoir of boxing talents, develop them by teaching modern techniques and tactics and the West African country could be winning multiple medals in future Olympics as well world titles when they turn professional.

“There is no doubt about the talent potential when it comes to boxing in this country but unfortunately we lack the facilities and the requisite technical know-how to really develop them into their full potentials, that’s why I have planned to build an academy strictly to teach and train boxers. It will be like boarding school with dormitories and classrooms, that’s the legacy I want to leave for Ghana boxing,” Alhaji Issaka disclosed when members from the Freight Consult Boxing Club visited him at his airport offices to commiserate with him after losing his father recently.

“It’s so sad that a boxing rich country like Ghana has not won much more medals at the Olympic Games, it’s too bad and we need to change that. Watching our boxers, they often lack the tactical acumen to complement the raw talent, a full time training school will help in moulding the raw talent into a technically and tactically  boxer ready to beat the world just as football academies have done so well,” the Freight Consult CEO explained.

And he is not just planning, Abdullah Pangansur Issaka has already secured land for the purpose, just outside Accra where he indicates a modern edifice will be built and installed with modern facilities and infrastructure to house potential students where they will combine boxing training with classroom education.

“Everything is in place, we already have the land somewhere around Osudoku Hill. We will scout for young potentials all over Ghana and recruit a set number to the school every year. They will stay in the school where aside training to be boxers, they will also take classroom lessons in two subjects, English to teach them how to read and write and IT which is needed in all spheres of life in this 21st century. We want to prepare them to be the best professional boxers they can be,” Mr. Isaaka said.

“We won’t charge them any fees, everything will be free. All they have to do is be disciplined and focused, if you are not disciplined we will sack you because I believe discipline is key for success in not just sports but life in general,” he said.

“The only way we shall benefit anything from them is to sign a contract that when they start earning big as pros then they can pay some percentage to the school, not to me personally but the school so it can re-invested to sustain the project and recruit more beneficiaries,” he said.