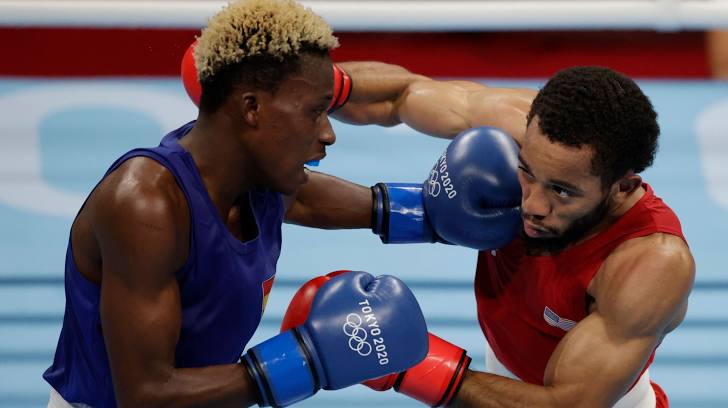 The Olympic bronze medalist had wanted to turn professional after the Olympics but had to change his mind after consulting his team.

“I had wanted to go professional due to talks in town. But after engaging my team, I will continue with amateur boxing. I have many bouts coming up in the future and I want to raise the flag of Ghana high. My focus now is on the Commonwealth Games and probably the next Olympic Games. For now, I will be fighting in the amateur level”, he told Happy 98.9FM.

Lawyer Moses Foh Amoaning in an interview on Wamputu Sports with Odiasempa Kwame Oware reacted to the decision of the young boxer to rescind his decision.

“I am happy he has rescinded his decision to turn professional. With professional sports, there are so many problems at the moment.

“I will meet his team so we can guide him to be successful. There are a lot of competitions coming up, the Commonwealth Games, the Amateur Boxing League, and the African Games which will help him to get the needed experience before he turns professional”.

“We are going to guide him and he should stay with the Amateur boxing for now and he will be fine”, he added.