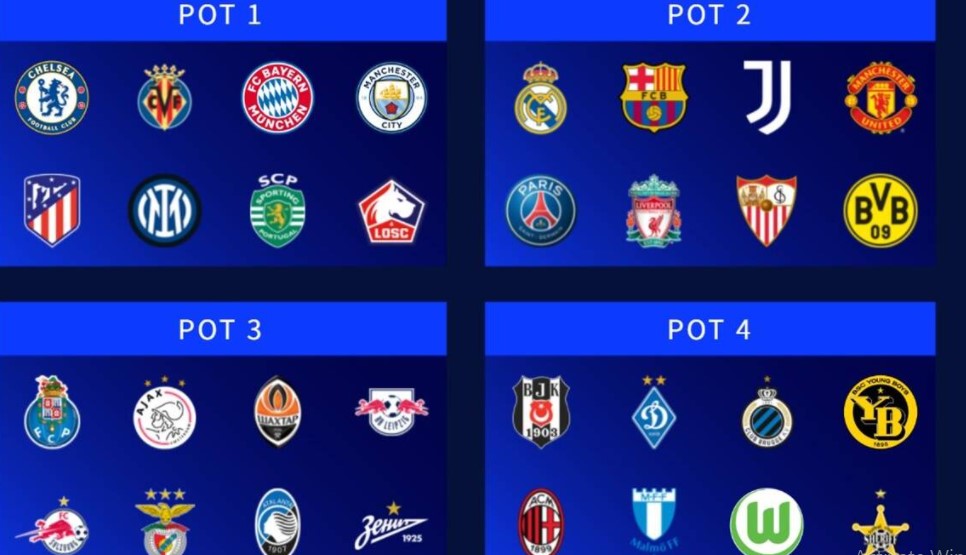 Liverpool are in a tough group with Atletico Madrid, Porto and AC Milan.

This year’s Champions League final takes place at the St Petersburg Stadium in Russia on Saturday, 28 May.

Pep Guardiola’s City side, who were beaten by Chelsea last season in their maiden final in the competition, face a brace of tantalising Group A meetings with Lionel Messi’s new club PSG.

Those matches could see a reunion for Messi with old foe Cristiano Ronaldo, who has been heavily linked with a move to City from Juventus before transfer deadline day.

Bundesliga side RB Leipzig will also be a difficult proposition, having knocked out Manchester United in the group stage last season.

Liverpool beat Milan in the famous 2005 final in Istanbul, but the Italians gained revenge in Athens two years later.

The toughest task for Thomas Tuchel’s Chelsea side will be negotiating home and away meetings with Juventus, while the defending champions should have few problems against Zenit and Malmo.

Ole Gunnar Solskjaer will be much happier with his side’s chances of progression from Group F, having been knocked out in the group stage last season.

The Red Devils will be aiming to take revenge on Unai Emery’s Villarreal, who beat them on penalties in the Europa League final last season.