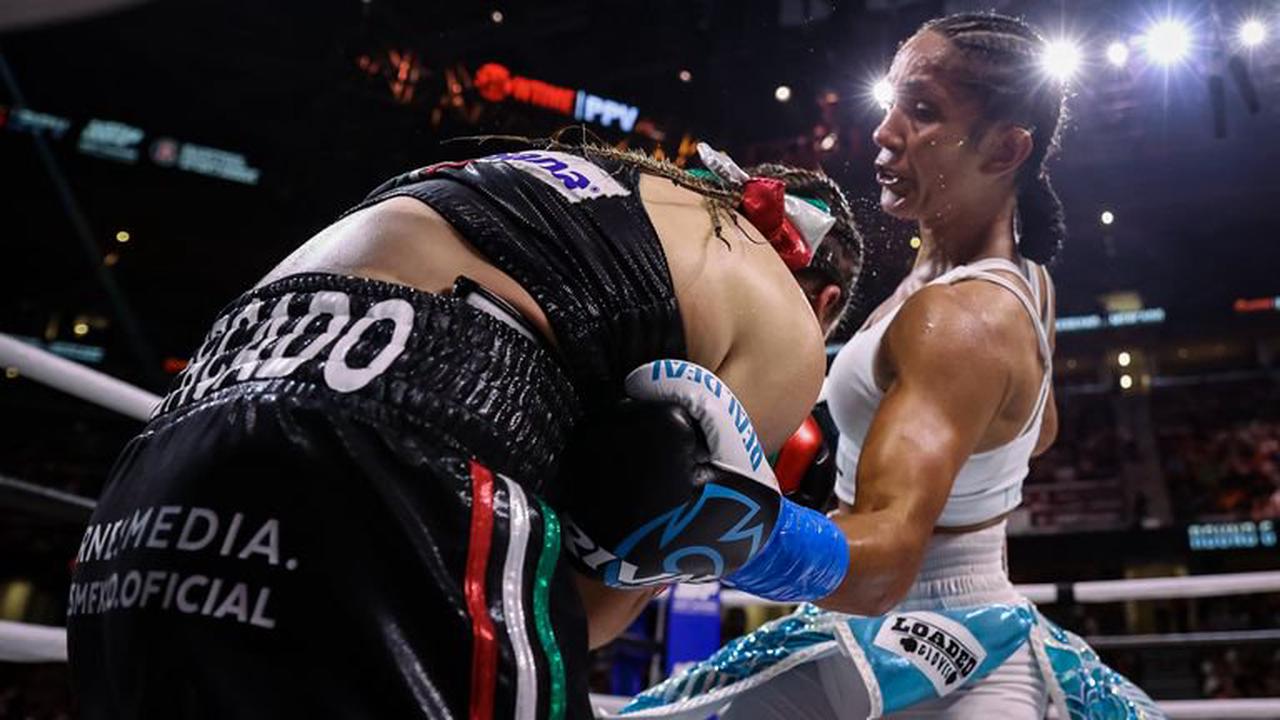 Amanda Serrano continued to prove Sunday night why she is one of the best female boxers, pound-for-pound, in the sport.

Showtime Pay-Per-View broadcast Serrano’s impressive victory as the co-feature of the Jake Paul-Tyron Woodley card. Serrano, 32, defended her WBC and WBO featherweight titles against Mercado, the WBC super bantamweight champion who moved up in weight to challenge the Puerto Rican southpaw.

Mexico’s Mercado (18-3, 5 KOs) has not been knocked out as a professional, but she spent the entire bout boxing off her back foot and trying to avoid Serrano’s stinging shots.

Serrano spent most of the 10th round battering a bloodied Mercado with right hooks and left hands. She rocked Mercado twice during that final round, but Mercado demonstrated toughness and remained on her feet until the final bell.

Serrano clipped Mercado with a right hook when there was about a minute to go in the ninth round. She continued catching Mercado with short shots on the inside and opened a cut under Mercado’s left eye in that round.

A right-left combination by Serrano knocked Mercado into the ropes toward the end of an otherwise unremarkable eighth round. Serrano caught Mercado with a left hand that got her attention several seconds before the seventh round ended.

A jab by Serrano backed Mercado into the ropes late in the fifth round. Otherwise, however, Serrano didn’t land many clean shots on a retreating Mercado during those two minutes.

Serrano continued to catch Mercado with right hooks in the fourth round. Mercado did land a straight right hand that backed Serrano into a corner just before the

Mercado tried to fend off Serrano in the third round, but the underdog continued to fight off her back foot. Serrano didn’t land as many effective punches in that round as she did during each of the first two rounds.

Serrano continued to pick apart Mercado during a one-sided second round.

Serrano aggressively went after Mercado as soon as their fight started and right hooks and left hands during a decisive opening round.