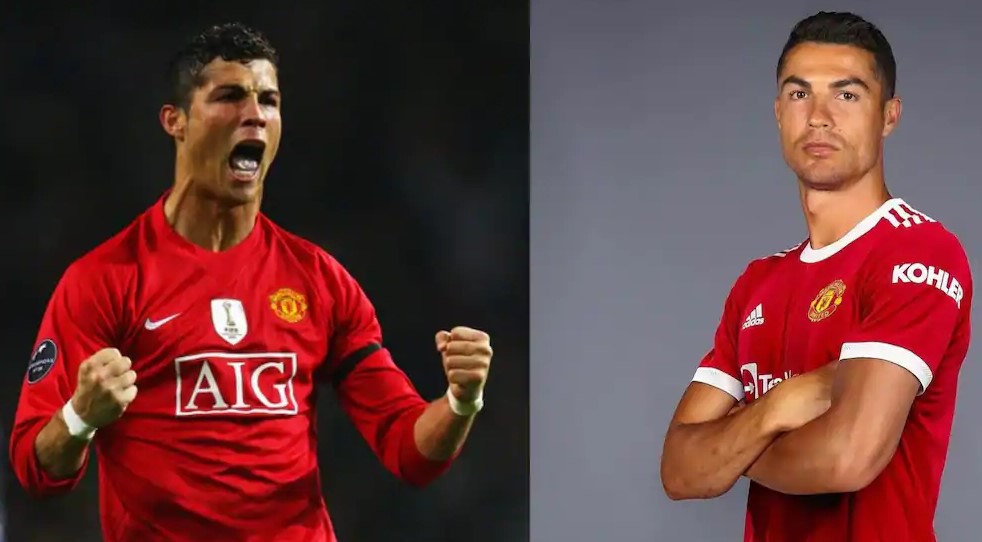 When Ole Gunnar Solskjaer sat down for last Friday’s media conference and said Cristiano Ronaldo “knows where we are”, the Manchester United manager already knew the club legend would be returning to Old Trafford.

Despite widespread speculation Ronaldo was set to join rivals Manchester City, United officials were reasonably confident on Thursday night that momentum around the five-time Ballon D’Or winner returning to the Premier League was shifting away from Etihad Stadium and four miles across Manchester to Old Trafford.

The bond between Ferguson and Ronaldo is strong. Ronaldo still referred to the Scot as ‘The Boss’ long after his exit for Real Madrid in 2009. Ferguson implored Ronaldo to return to Old Trafford, knowing he will be feted as a hero. The alternative would be to tarnish a reputation that, if anything, has grown even bigger as United struggled to recapture former glories since Ferguson’s retirement in 2013.

And there was more to this transfer than a late charm offensive.

I am told one senior United figure said to Ferguson that he would prefer to “gouge his own eyes out” rather than allow City to sign a player so associated with United.

Yet the club has already spent a lot of money this summer and detailed chats were needed between the Glazer family and executive vice-chairman Ed Woodward to be able to proceed with the deal.

There is no doubt it will be a major commercial plus but once the internal support had been achieved, United were able to use Ferguson to build on an already solid relationship with Jorge Mendes, who United have been in touch with all summer.

By the time Solskjaer spoke to the media, Juventus coach Max Allegri had already told the world Ronaldo was leaving the club. The deal, in effect, was sealed.

As is his way, Solskjaer did not want to give anything away until it was absolutely watertight. Three times he swerved questions about Ronaldo before the man from the Telegraph had one final go.

Why, he asked, if one of the greatest players in the world was available, would Manchester United not at least try to sign him?

Solskjaer peered into the camera and gave just enough away for those who already had an inkling for what was happening – and for some that was on Thursday – to be certain it would come true, even if the rest of the world did not grasp its true significance.

“I didn’t think Cristiano would leave Juventus,” said Solskjaer. “There has been speculation.

“We have always had a good communication. I know Bruno has been talking to him as well. He knows what we feel about him. If he was ever going to move away from Juventus, he knows we are here.”

By that point, a formal offer of €15m, with an additional €8m in add-ons, was being presented to Juventus. Just over three hours later, United confirmed an agreement to re-sign Ronaldo had been reached. On Tuesday morning – Transfer Deadline Day – United announced the deal was done.

United step out of the shadows

Along with Gareth Bale, Ronaldo was viewed as one of the stellar targets United wanted to ease them into the post-Ferguson era in 2013.

Rumours of an Old Trafford return have ebbed and flowed, usually around contract negotiations, down the years but it has never looked particularly likely the player who spent six years at United between 2003 and 2009, scoring 118 goals in 292 appearances, winning three Premier League titles and the Champions League, would eventually come back.

United kept tabs on Ronaldo’s turbulent club situation at Juventus throughout the summer. Juve have been wrestling with major financial problems and are still at war with Uefa over the doomed Super League project that United, along with the other five English clubs, quickly abandoned.

The line of communication with the player’s long-time agent Jorge Mendes remained open. But as rumours about Ronaldo potentially joining Paris St-Germain began to surface, as Solskjaer said, United remained in the background. They felt it was still more likely Ronaldo would see out the final year of his contract in Turin.

Their antenna was only properly raised when Manchester City got involved.

Depending on who you speak to, by Thursday night, City were either thinking of doing a deal or claiming it had already been done. Well-placed sources veer more towards the Blues being interested but not completely certain how to make a deal work, as it needed them to sell someone, which in this summer’s transfer market has not proved to be straightforward.

It is only then United moved into gear and made their pitch.

While elite football clubs do not have to justify their transfer decisions, many choose to.

For United, Ronaldo’s return is a reconnection with the club’s glorious semi-recent past. If one club legend was tasked with a ‘cultural reboot’ when Solskjaer was appointed as Jose Mourinho’s replacement, initially on a temporary basis, in December 2019, there could be no greater example of what United once was than Ronaldo.

In three seasons between 2006-07 and 2008-09, the Portuguese littered the club with moments of pure genius.

But this transfer is about the present.

United are not alone in thinking, even at 36, Ronaldo retains many of the attributes that have led to him being viewed, along with Lionel Messi, as one of the greatest players of all-time. Last season he eclipsed Romelu Lukaku as Italy’s Golden Boot winner thanks to his 29 goals.

Ronaldo’s legendary fitness and professionalism are seen as evidence of him fully deserving of the two-year contract he will receive from United – and will be confirmed when the transfer itself is completed at some point before Tuesday night’s deadline.

United think Ronaldo fits with their stated aim of fusing together world class signings with talented youngsters. They still feel their squad is one of the youngest in the Premier League.

In addition, they see the deal – together with the signings of Raphael Varane and Jadon Sancho – as proof United are still capable of attracting the very best players; that outgoing executive vice-chairman Ed Woodward can complete the biggest transfers and that star names are happy to play for Solskjaer, mocked as a PE teacher by some cruel critics.

In addition to the economic impact of the Covid pandemic, which has cost them £150m in non-recoverable income, United are also mindful of the ongoing effect coronavirus is continuing to have.

The club has first-hand experience of this already in the current campaign after goalkeeper Dean Henderson was badly affected after contracting it.

It may not provide an answer to the thorny question of what number Ronaldo will wear – even if Cavani was willing to hand over his number seven shirt, Premier League rules prevent a mid-season swap except in the most extreme circumstances – but it may help relations with a player whose time in England was scarred by the three-match ban for a social media post deemed to be discriminatory by the Football Association.

Ronaldo will now link up with his country for two World Cup qualifiers, the last of which is in Azerbaijan on Tuesday, 7 September.

In theory, that should make him available for his second United debut, against Newcastle, the following Saturday in a game that has not been selected for live TV coverage but will almost certainly be the BBC Radio 5 Live commentary choice.

The last time Ronaldo played against Newcastle for Manchester United at Old Trafford, he scored a hat-trick in a 6-0 win, underlining the reason why, almost completely, fans reacted to news of his return with overwhelming joy.

The true success of the 36-year-old’s return can only be measured by what happens on the pitch – but if any guide is taken from the response to the final outcome of a most amazing day, Manchester United’s purchase of Cristiano Ronaldo is a sure-fire winner.