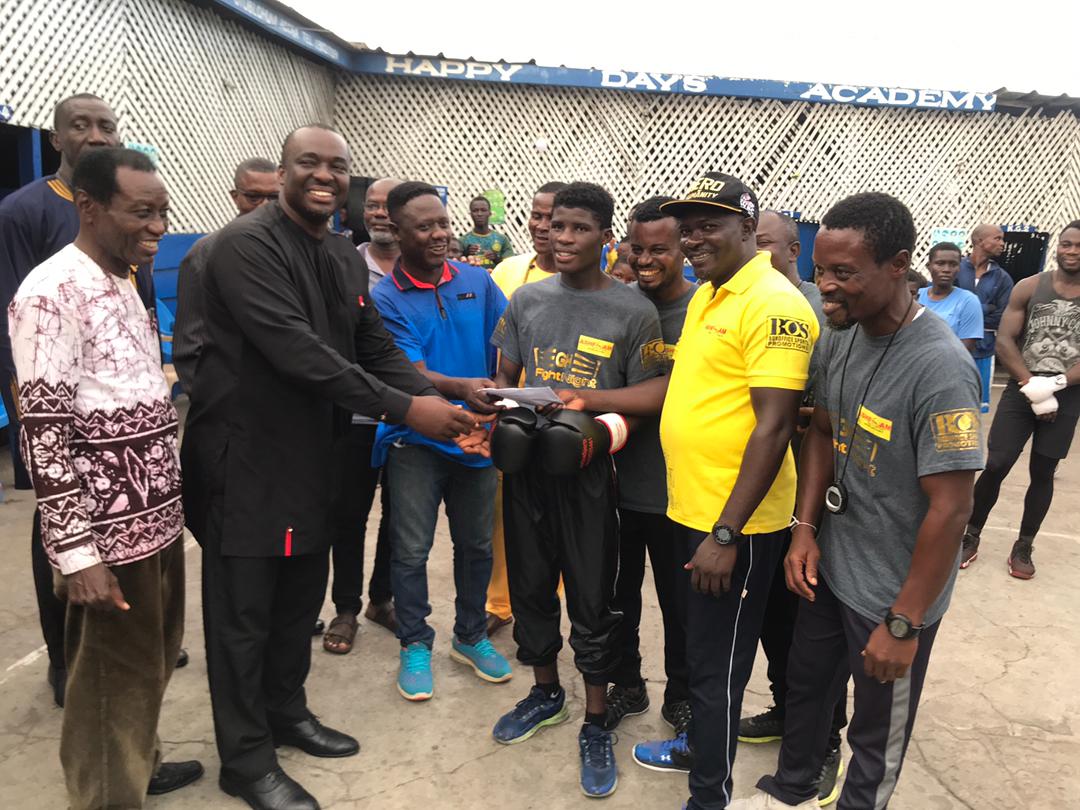 The governing body for professional boxing in this country, the Ghana Boxing Authority (GBA) have pledged their unflinching support and encouragement for victory in a goodwill message to undefeated West Africa featherweight champ, Alfred ‘Bukom Bomber’ Lamptey (8-0, 6 KOs) with barely 3 days to his double world youth title bid against Iddi Kayumba of Tanzania (13-3-2, 7 KOs) this Saturday, September 4 at the Bukom Boxing Arena.

New GBA President, Abraham Kotei Neequaye and members of his executive board already demonstrated that by visiting the young Lamptey in training at the Black Panthers Gym in Accra last week, during which they also offered a token financial support to the still burgeoning Ghanaian fighter who beat the experienced George Krampah in Accra in March to win both the WABU and UBO Africa featherweight belts.

He remains undefeated, boasting eight straight victories at the beginning of his career, with 6 knockouts to boot.

The United Boxing Coaches Association of Ghana also yesterday paid a visit to the 19 year old and his trainer, Ebenezer Adjei AKA Coach Killa to also offer their support as the entire Ghanaian boxing fraternity yearn for another global titles come Saturday night.

Below is the full text of the GBA’s goodwill message to Alfred Lamptey:

The GBA has been monitoring and evaluating his training regime and has no doubt in his intuitive capability to win the two titles at stake.

The GBA is confident that Alfred Lamptey will successfully win these titles and continue his steady rise towards winning many more success in the ring.

The GBA President, Abraham Kotei Neequaye and the entire Executive Board members, well wishers and the Ghana Boxing Supporters Union wish Alfred Lamptey the very best in this championship bout.

As the statutory body in charge of regulation, promotion, organization and development of Boxing in Ghana, it’s imperative to support you both physically and spiritually to win this fight for our homeland Ghana.

The GBA is by this goodwill message wishes to encourage all Ghanaians especially the boxing fraternity to remember Alfred Lamptey in their prayers to help him triumph on Saturday.

We Believe in You; Go and make Ghana proud.