Sharper, more focused Djokovic advances to US Open third round 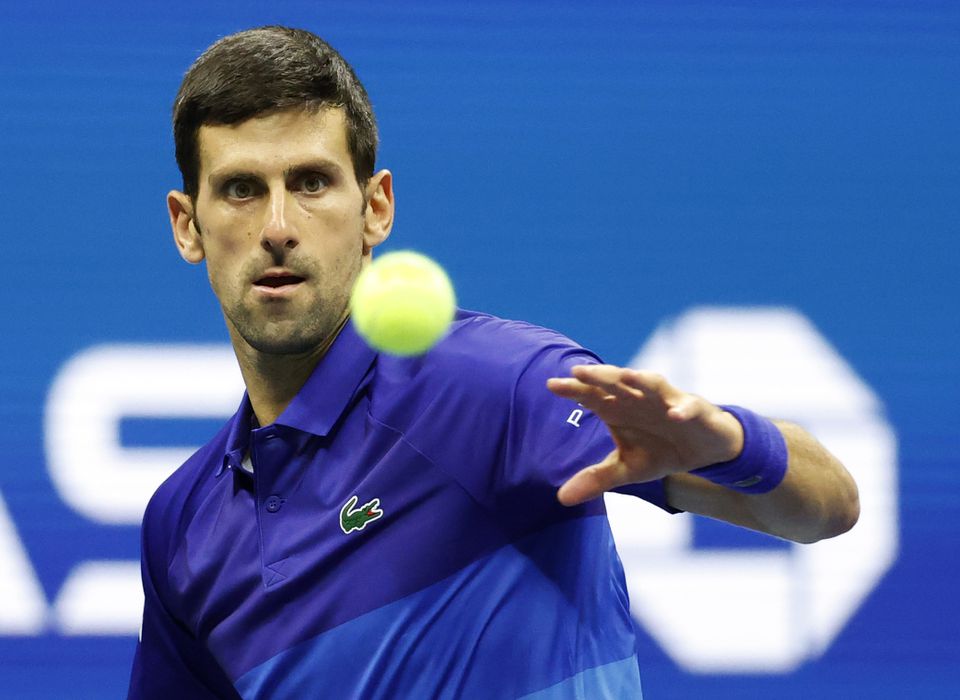 Novak Djokovic’s bid for a 21st major title that would complete a calendar-year Grand Slam picked up pace on Thursday as the world number one cruised into the U.S. Open third round with a 6-2 6-3 6-2 thrashing of Tallon Griekspoor.

Having shaken off the rust in a spotty four-set opening match against 18-year-old Holger Rune on Tuesday, Djokovic was sharper and much more focused against the 25-year-old Dutchman.

Just like his first round contest Djokovic dominated early on but this time the 34-year-old Serb never let his foot off the gas as he registered his 77th win at the U.S. Open.

Djokovic, playing his first event since the Tokyo Olympics, found the intensity that had been lacking against Rune, speeding through the opening set in 30 minutes.

“I came out on court with the right intensity, the right focus,” said Djokovic. “Better definitely than the first-round match.

“It was important I came up with the goods.

“I’m very pleased with the level of my tennis. All is going in the right direction.”

Tallon Griekspoor of Netherlands hits a shot against Novak Djokovic of Serbia in a second round match on day four of the 2021 U.S. Open tennis tournament

The highlight of the evening for Griekspoor came in the second set when he broke Djokovic but the world number one would break right back and then hold serve to take the set and a 2-0 lead.

Griekspoor had rallied from 2-1 down in his opening match to collect his first ever Grand Slam win but there was no coming back against the top seed.

Djokovic then broke Griekspoor twice in the third set before sealing the contest with his 13th ace.

Afterwards Djokovic basked in the applause of the crowd, something he had not done for his opening round victory after the Arthur Ashe Stadium crowd had roared on his Danish opponent throughout the match.

Novak Djokovic of Serbia, left, shakes hands with Tallon Griekspoor of Netherlands after a second round match on day four of the 2021 US Open

“I have very good score against him,” said Djokovic, who swept aside Nishikori 6-2 6-0 in the quarter-finals of the Tokyo Olympics. “He’s one of the quickest and most-talented players that I’ve seen in my career.

“He likes to hit the ball early, protect the line, but I know his game well.”