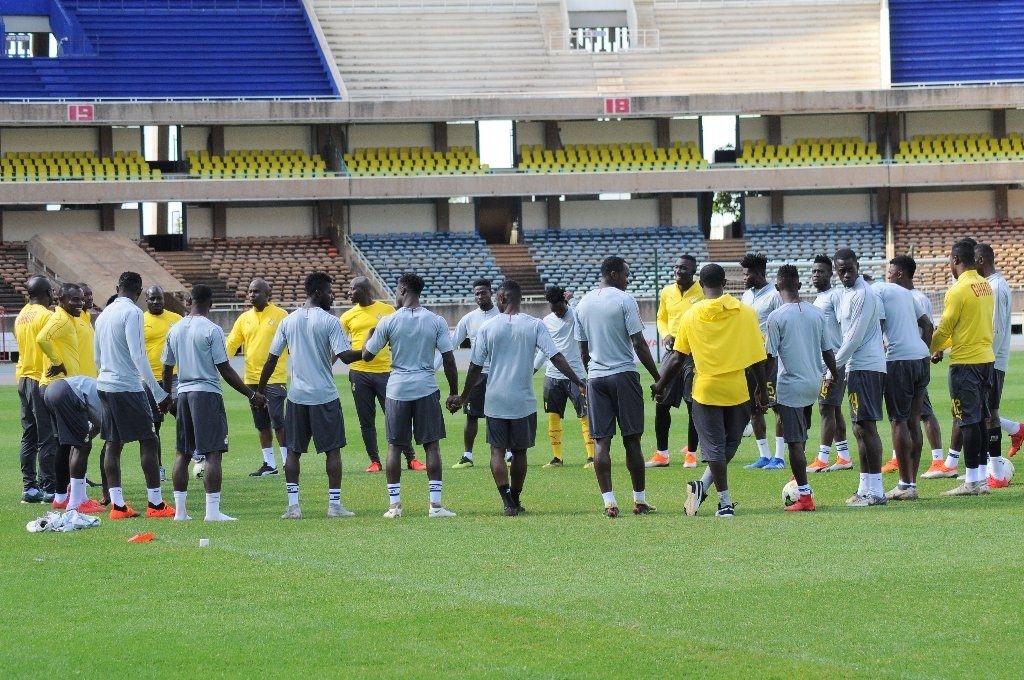 Ghana coach Charles Akonnor has named a midfield-packed starting line-up to face South Africa in a 2022 World Cup qualifier tonight, with Emmanuel Lomotey and Majeed Ashimeru starting in the match in Johannesburg.

Hearts of Oak captain Fatawu Mohammed will also start in the game as well as Russia-based striker Joel Fameyeh who will be the lone man in attack for the Black Stars in the match, Ghana’s leading news football news outfit can confirm.

Experienced USA-based defender Jonathan Mensah will return to the side to partner the hardworking central defender Alex Djiku as the Black Stars coach seeks to cement his defence.

France-based left-back Gideon Mensah will take the place of Baba Rahman at the left-back position while Hearts captain Mohammed will the place of Andy Yiadom at the right side of the defence.

France-based midfielder Lomotey has profited from the nervy display of Iddrisu Baba in the previous match against Ethiopia which has resulted in the Spain-based player being axed.

Mubarak Wakaso retain his place in offensive midfield area while another midfielder Ashimeru has been brought into the starting line-up to replace winger Kamaldeen Sulemana.

The Anderlecht player will be expected to play more in central midfield.

In-form Poland based midfielder Yaw Yeboah will also get a start to operate from the left wing where Jeffery Schlupp operated the Black Stars previous game but will also be heavily involved in midfield duties.

Fameyeh will be the attacker for the Black Stars in the game with captain Andre Ayew having the free role to support the attackers as well as supporting the midfield.

Ghana will try to return to the global tournament when the tournament takes place in the Asian country of Qatar next year.