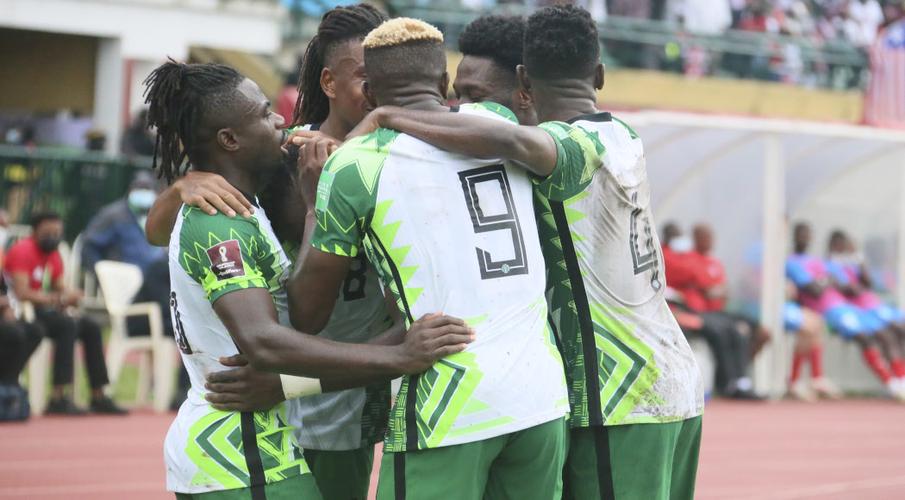 The win saw the Super Eagles open a three-point lead at the top of the Group C standings with four games left, while the Blue Sharks remained third on the table.

The Super Eagles started the match brightly and they should have grabbed an early goal after Shehu Abdullahi played a brilliant pass to Ahmed Musa, who placed his effort over the crossbar.

The Blue Sharks then grew into the match gradually and they broke the deadlock through Dylan Tavares, who latched on to a long pass and scored to hand Cape Verde a 1-0 lead in the 20th minute.

However, the lead only lasted for 10 minutes, as the visitors leveled matters after goalkeeper Vozinha parried Jamilu Collins’ cross into Victor Osimhen’s path and the SSC Napoli star scored to make it 1-1.

The visitors then pushed for their second goal of the match and Chidera Ejuke tried to surprise Vozinha with a curler from the left, but the 35-year-old keeper was alert as he made a fine save and the score was 1-1 at the interval.

Nigeria continued to launch attacks after the restart and Cape Verde coach Bubista decided to introduce Switzerland-based striker Vagner on the hour-mark as he looked to change the complexion of the game.

However, the Super Eagles did not take their foot off the pedal and they had a chance to take the lead for the first time after Osimhen’s cross was blocked, but Henry Onyekuru’s shot was well-saved by Vozinha.

Coach Gernot Rohr’s side was then gifted a goal when Santos Rocha tried to pass the ball back to Vozinha, who was off his goal-line and the ball sailed into an empty net to make it 2-1 to Nigeria with 14 minutes left on the clock.