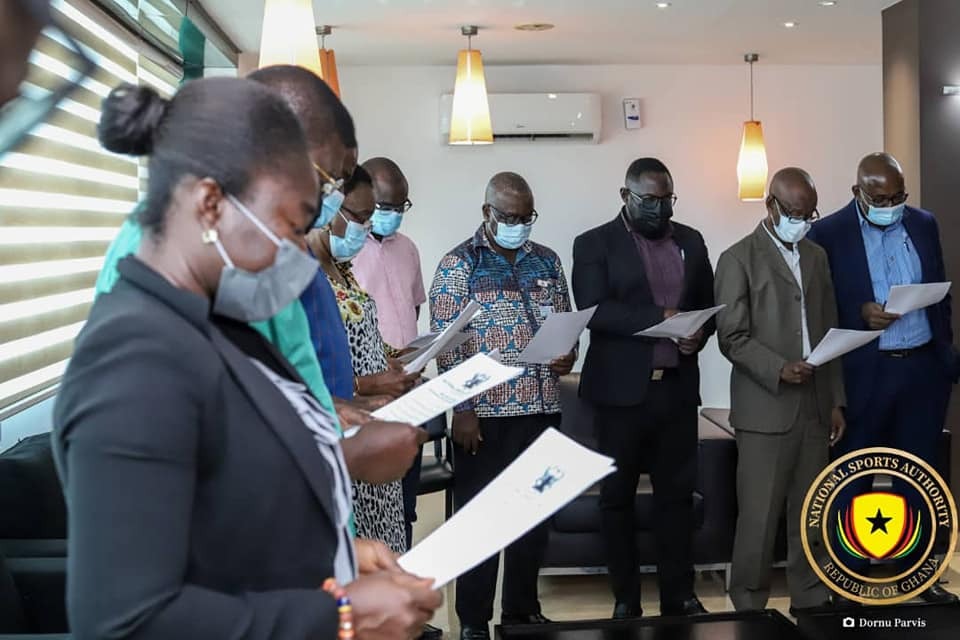 The Director General of National Sports Authority (NSA), Prof. Peter Twumasi on Thursday inaugurated the Local Organizing Committee (LOC) for the Ghana Hockey Association to oversee hosting of two important tournaments in Accra within the next four months.

The newly refurbished Theodosia Okoe Hockey Stadium will host both the African Club Championship and Continental Nations Cup in December 2021 and January 2022 respectively.

Mrs Elizabeth King, Vice President of Ghana Hockey Association, in behalf of the association’s President, Dr Ben Asante, assured the National Sports Authority of successful organisation of the two tournaments and praised government for its continuous support for the development of the sport.

Hockey in Ghana is expected to reap enormous benefits by hosting these two  continental competitions especially on the newly laid astro turf at the national hockey stadium in Accra.

More photos from the inauguration: