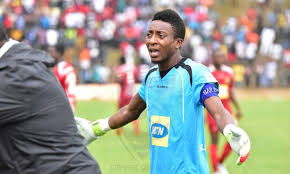 The shot-stopper has departed the Porcupine Warriors, bringing to an end a ten-year stay at the Baba Yara Sports Stadium.

Asante Kotoko has mutually terminated their contract with captain Felix Annan ahead of the start of the 2020/21 Ghana Premier League season.

The 26-year-old joined the Porcupine Warriors in 2011 as a teenager from Gomoa Fetteh Feyenoord Academy and although he was sent out to several clubs on loan, he later rose through the ranks to become the club’s captain.

However, he fell out of favour with the club’s former coach Maxwell Konadu last season and although Konadu was sacked midway, Annan later fell out with the club’s top hierarchy despite the arrival of Portuguese manager Mariano Baretto.

He thus lost his place to Kwame Baah and later Razak Abalora and that even affected his involvement in the senior national team since he was later dropped from the Black Stars.

Although Annan stayed on and tried to fight for a starting place in Kotoko’s squad, it proved fruitless and he has decided to leave the club after ten years. He has become the third player to leave Kotoko after Augustine Okrah and Naby Keita.

Annan, who is currently in United Kingdom, is expected to join his wife in United States of America in the coming days. Should his plans of securing a club abroad fails, he could highly join Medeama as a free agent ahead of the new season.

He made his Ghana debut in 2019 against Namibia in an international friendly.