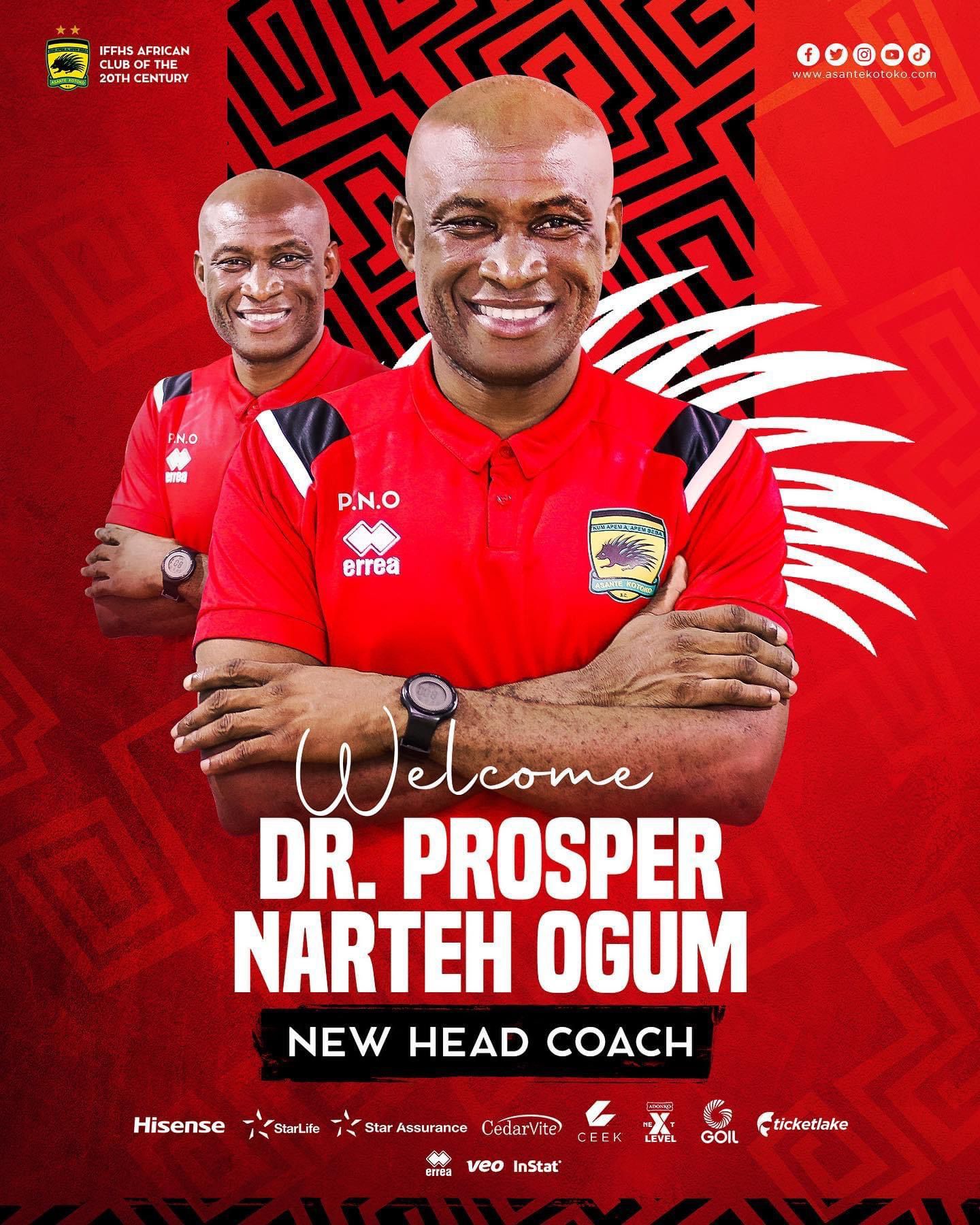 Dr Prosper Narteh Ogum has been announced as the new head coach of Kumasi Asante Kotoko.

He will replace Mariano Barreto who mutually terminated his contract with the Kumasi-based club on Friday.

Kotoko announced its new engagement with Dr Narteh Ogum on its official twitter handle in the earliest hours of Sunday.

He is also a sports psychologist and an educationist.

Management and fans of Kotoko are hopeful their new coach will lead them to win the upcoming premiership title after narrowly losing the trophy to archrivals, Hearts of Oak in the last season.