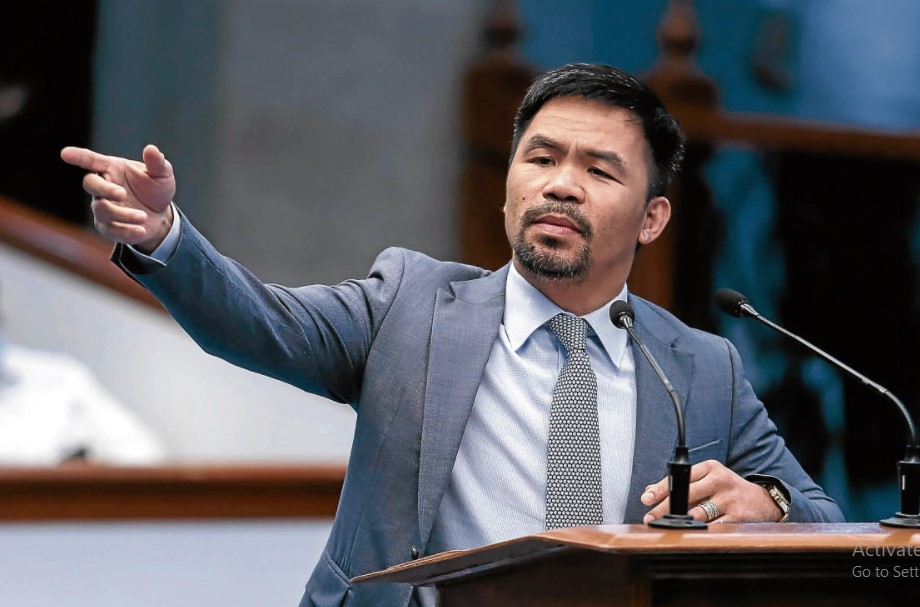 It has been reported – by ABS-CBN News, among other sources – how the 42 year old formally announced his plan to run for president of the Philippines yesterday, Pacquiao accepting the nomination during his PDP-Laban faction’s national assembly in Quezon City. Pacquiao has yet to announce his running mate.

or quite some time now, Pacquiao has spoken of the possibility of his running for president, yet only now has he formally committed himself to the mighty task. For as popular as Pacquiao is in his homeland, he faces some tough (and ruthless) opposition – just as he did in the boxing ring. But this is a whole different fight, in a whole different arena. Pacquiao the senator has been fighting what he claims is corruption in the land, and his opposition has already fought dirty (one political rival recently claiming how Pacquiao has brain damage). So can Pacquiao win this, the biggest, most important fight of his entire life? It would be some truly astonishing story if the kid who was brought up in a shack and was literally dirt poor managed to reach such heights. Not that Pacquiao’s life story is not already as inspirational as it gets, what with all he has achieved in the sporting arena. If YOU were a Filipino, would you put your tick in the box and vote for Manny?

We can now, it certainly seems definite, say goodbye to Manny ‘Pac-Man’ Pacquiao the fighter. And, wow, what memories he has left us all with! Pacquiao, who won too many major titles to keep track of, fought many, many epic fights, and win, lose or draw, he thrilled millions upon millions.”