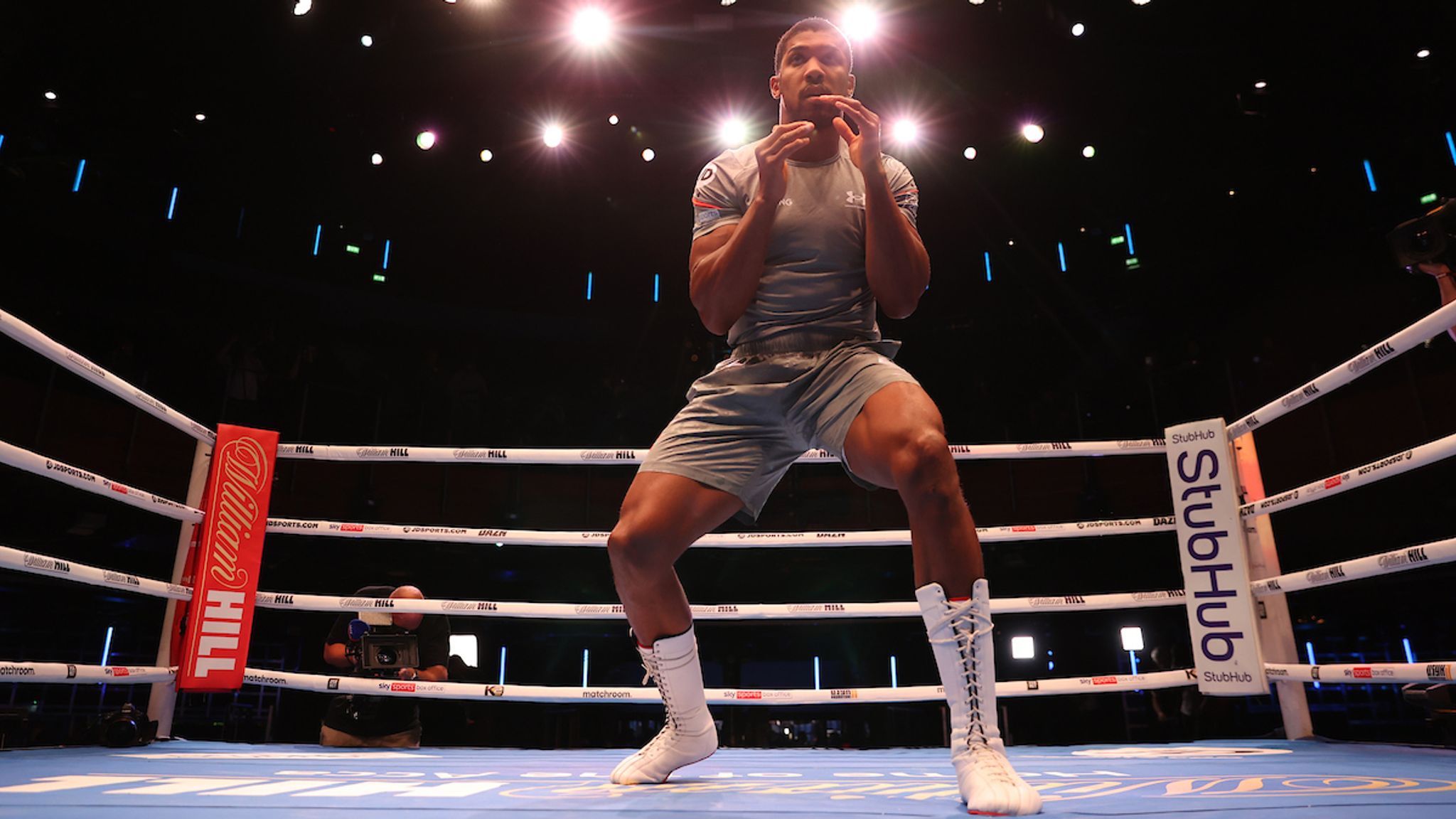 Anthony Joshua has warned that he has primed multiple hurtful punches for Oleksandr Usyk “whether it’s the right hand, the uppercut or the jab”.

Joshua and Usyk briefly stepped into the ring on Tuesday night at the public work-outs without giving away too many secrets ahead of Saturday night’s world heavyweight championship fight.

Joshua first said about whether he has honed a new slimline physique to match Usyk’s speed: “Why do people think that?”

He then told Sky Sports about a game-plan: “I’m in there with the ultimate aim of winning. My goal is to either hurt you or beat you until I get the win.

“Whether it’s the right hand, the uppercut or the jab? As long as it leads to a win. I could box on the front foot or the back foot. There is no real strategy except for winning.”

Joshua shadow-boxed for a couple of minutes inside the ring, after a smiling Usyk had juggled to entertain the fans.

Previously before he beat Kubrat Pulev, Joshua’s public work-out had consisted of only wrapping his hands for a full 20 minutes before asking cameras and onlookers to depart while he trained.

“I’ve worked out today already so I didn’t want to over-work myself,” he said.

Joshua explained about his training to face Usyk: “No pads. Heavy bag work and a lot of sparring. But not really the mitts.

Undefeated Usyk, formerly the undisputed cruiserweight champion, is aiming to become just the third boxer to ever add a heavyweight belt to the world titles he won in the division below.

He has already knocked out Tony Bellew and outpointed Derek Chisora.

“Bellew put up a really good fight and he came up short which can happen in boxing.

“I will do everything to reverse what happened to Bellew and make it into my favour.

“I feel like I’ve got nothing else if I don’t get this win.

“It’s not the end of the road but it’s the start of a new chapter.”

If Joshua beats Usyk and Fury again defeats Deontay Wilder on October 9, an undisputed heavyweight title fight could be revived.

Joshua’s trainer Rob McCracken said: “Everybody is talking about the fight with Big Josh and Tyson Fury but, in the meantime, he is the heavyweight champ and he’s got to take on all comers. That’s his mindset.”

Usyk said about the size difference with Joshua: “Everybody talks about who is bigger and who is smaller, but nothing bothers me.”