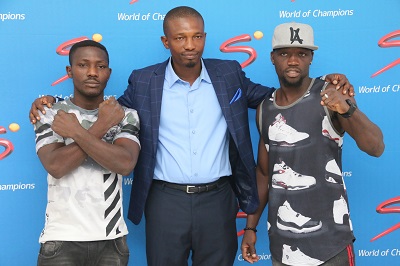 The deal consists of Probellum co-promoting events in Ghana alongside Box Office Sports, who are widely regarded to be one of the biggest boxing promoters in all of Africa.

Headed by CEO Alex Ntiamoah- Boakye, Box Office Sports is synonymous with boxing in Ghana and since its inception in 2008, has been associated with and promoted virtually all of the big events to take place in the country, whilst also working with internationally recognised stars like Richard Commey, Isaac Dogboe, Emmanuel Tagoe, Fredrick Lawson and more.

In 2014, Box Office Sports promoted the most anticipated bout in the history of Ghana between Braimah Kamoko (Bukom Banku) and Ayittey Powers (Michael Ayittey), which attracted over 20,000 live spectators and over 10 million people watching on TV.

It is the latest statement of intent from Probellum, as they illustrate their goal of working in collaboration with established promoters around the world. Empowering and enabling grassroots boxing is an important initiative for Probellum as it builds a ubiquitous, digital platform to compliment broadcasters and promoters, benefitting those in areas and territories who are passionate about boxing but do not have the necessary resources at their disposal.

“Box Office Sports has since its inception believed Ghanaian boxers should have the opportunity of fighting on their home soil whilst reaching a global audience and building toward achieving their dreams of becoming world champions,” said Alex Ntiamoah-Boakye, CEO of Box Office Sports.

“The partnership of Box Offices Sports and Probellum is like a fruitful marriage that we feel is geared to birthing many future world champions. We are truly excited to be taking Ghana and our warrior spirited fighters to the world.”

“Announcing this multi-fight, multi-year deal with Box Office Sports in Ghana is the next step in our global strategy plan,” said Richard Schaefer, President of Probellum.

“Our number one goal at Probellum is to empower fighters and galvanize a global fanbase, and this agreement helps to achieve just that.

“We have seen a lot of Ghanaian-born athletes become huge stars in markets like the USA and the UK, and this partnership would allow those boxers to fight on a huge platform back in Ghana, giving them a spectacular homecoming they deserve.”

Even more exciting developments will be announced by Probellum over the coming days.